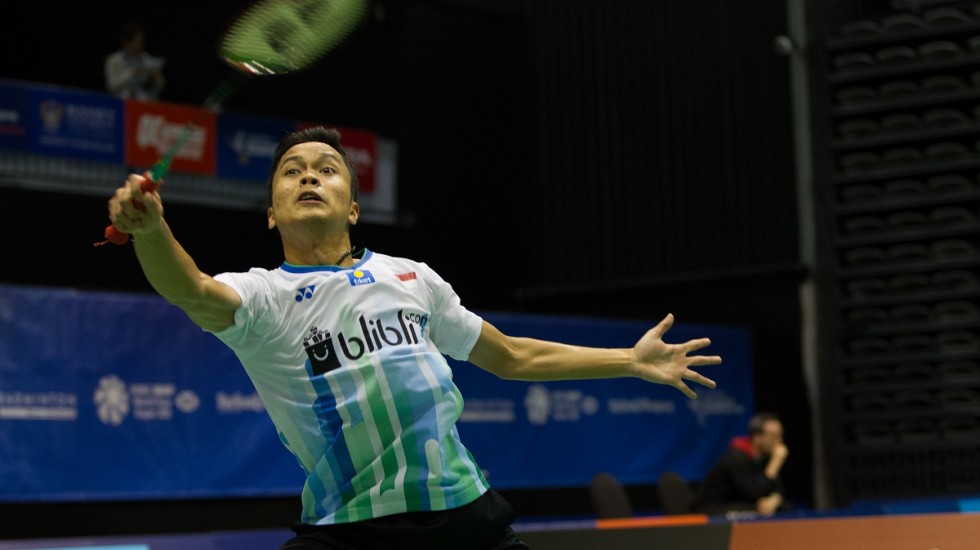 Anthony Ginting will take on Lin Dan in a Friday blockbuster

There was no shortage of stars on Day 3 of the BARFOOT & THOMPSON New Zealand Open 2019, setting up what promises to be a star-studded night of quarterfinals on Friday.

Defending champion Lin Dan looks to be in even better form than last year, waltzing through his second-round match 21-12, 21-12, over Sai Praneeth of India.

Former world No.1 Lee Hyun Il (Korea) exited the tournament in what might be his last appearance in New Zealand, the 39-year-old was beaten easily by sixth seed Ng Ka Long Angus (Hong Kong), 21-16, 21-9.

She said afterwards: “Today was not 100 per cent but it was better than yesterday. Tomorrow I will be at my best, even better than today.”

Beiwen Zhang (USA) was also made to fight for her place in the quarterfinals against Chiang Ying Li of Chinese Taipei.

“I am not sure what has happened. I feel like when I rested after Singapore it was like a long holiday and I am struggling to bring my best to the court.

“I have changed my game a little, so I am making a few mistakes which is not what I want to see. But I will keep working and look to improve throughout the tournament.”

The women’s doubles competition is stacked with talent, with the entire top 10 ranked combinations descending on Auckland in search of vital Olympic ranking points.

Three Malaysian and three Japanese combinations have made it to the same stage in the men’s doubles, with top seeds Takeshi Kamura and Keigo Sonoda looking on form.