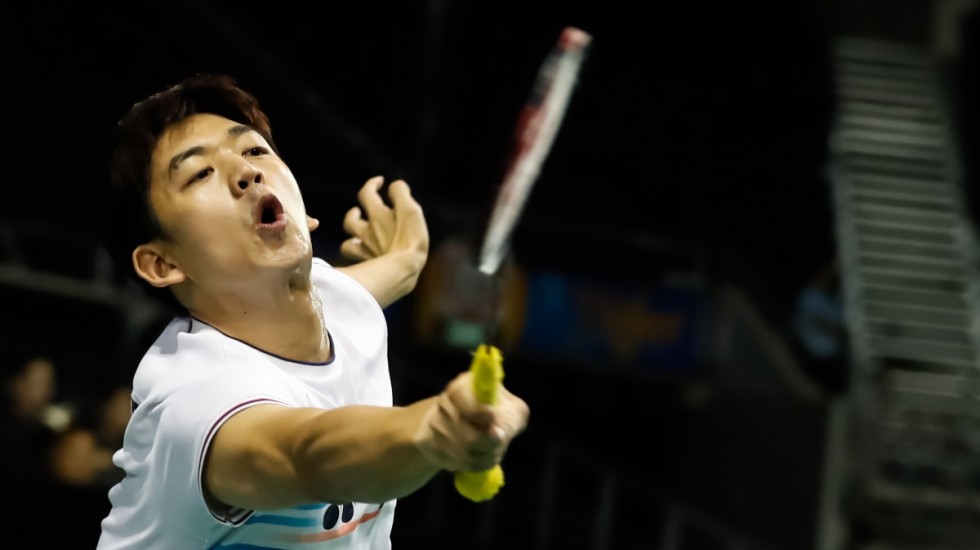 Lee Yong Dae Confident of Return to the Top

Lee Yong Dae has had a quiet season so far by his phenomenal standards.

Following a two-year hiatus after his retirement in 2016, Lee had returned to international badminton with Kim Gi Jung and the two had immediately made an impact at their first event together, winning the Barcelona Spain Masters.

They followed up with a quarterfinal in Korea – beating the world No.3 pair Takeshi Kamura/Keigo Sonoda – and then won the Macau Open. Two more quarterfinals later, they seemed set to storm back into the elite ranks.

But their progress has stalled this year. A run of early exits at their first three tournaments was somewhat offset by a semifinal at the Swiss Open, but at the Singapore Open last week, they once again crashed out early, in the second round.

Was it hard, as an independent player, to train at a high level every day, after spending years at the national centre where there was a more set routine?

“First of all, there’s a system of practice that I’ve adopted during my career, and I’ve put in effort to keep it up,” said Lee, before an autograph session at the Singapore Open. Despite being out of the championships limelight for the last couple of years, Lee is still hugely popular among fans.

“Also, because of some personal issues, I have not been able to train much. So I’m trying to use the system I’ve been using for the past ten years to keep up.

“In terms of practicing together with my partner, because we are not in the same (club) team, there’s a bit of difficulty, even when both of us are in Korea. So I think that’s a bit unfortunate.”

What will encourage him is that players of his generation – or older – like Lin Dan and Hendra Setiawan, have won top-tier events in recent weeks. Lee is encouraged by their recent successes, but concedes there is a lot of hard work ahead of him.

“Of course, in recent times they did lose in a lot of first rounds or second rounds, but once you win a big title, there is the constant upsurge of wins. So I think the first win is the most important and after that win, you can try to keep the level constant. It is quite hard to do that, so I’m still putting in the effort needed for that.”

“Ahsan and Hendra have been performing well since their younger days. They have experience on their side. I think with that, they’ve done very well recently. I can also learn from their performance and go ahead with the thought of similarly being able to achieve big titles.”

His return last year indicated that he and younger partner Kim Gi Jung still had it in them to hold off younger and hungrier opponents. What did he need to do to get back into the top 10?

The months since his retirement in 2016 saw the emergence of young pairs, most prominently, Indonesia’s Marcus Fernaldi Gideon/Kevin Sanjaya Sukamuljo, Japan’s Takeshi Kamura/Keigo Sonoda and China’s Li Junhui/Liu Yuchen. Can Lee Yong Dae reclaim his place at the top in the face of such younger and hungrier competition?

“It’s not because I’m older, but because they have better energy,” he says, still confident that a return to the top 10 is within reach.

“For singles, stamina is very important. However, for men’s doubles, there has to be a certain level of skill and other important abilities. I may not be able to compete with them in stamina, but because I have certain skills, I can keep up. My age has nothing to do with it. Also, I have a lot of experience. I’ve been trying to keep up my level. And if I keep working with my partner, I believe we will do well.”