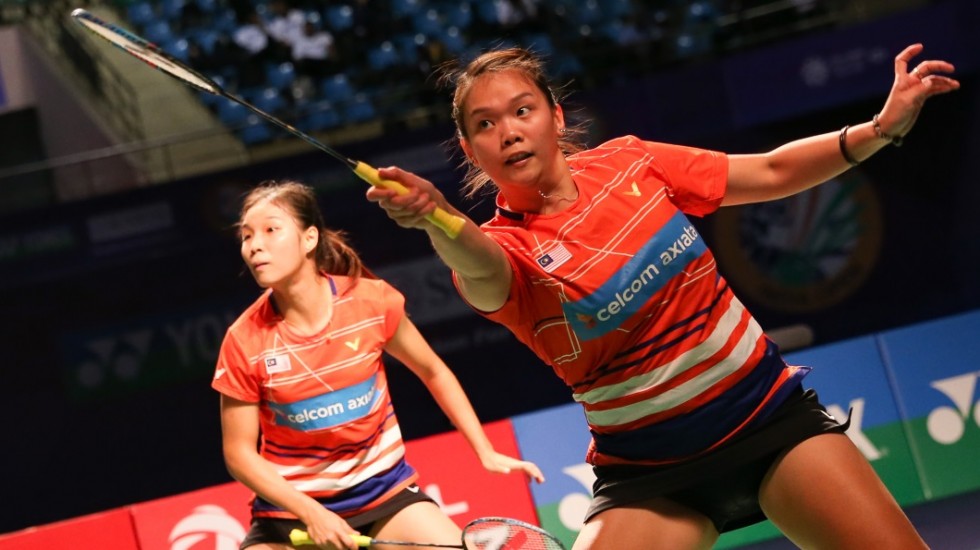 Shot in the Arm for Chow/Lee

Chow Mei Kuan and Lee Meng Yean received a shot of confidence ahead of their home tournament – the Celcom Axiata Malaysia Open 2019 – with a strong finish at the Yonex-Sunrise India Open 2019 in New Delhi last week.

Although the Malaysian women’s doubles pair failed in their bid to win their first World Tour Super 500 title, they were in form through the week, quelling the challenges of some tough opponents on their way to the summit clash.

The highlight of the week was their fightback from the brink against second seeds Jongkolphan Kititharakul/Rawinda Prajongjai in the semifinals. The Malaysians trailed by a game and 14-19 before reeling off seven points in a row to take the match to a decider, which they narrowly won.

In Sunday’s final against Greysia Polii and Apriyani Rahayu, Chow and Lee showed the same grittiness but failed to convert their opportunities during the 21-11 25-23 loss.

“This year has been so far so good. It wasn’t a bad performance. Our concentration is getting better but

we need to focus more because it is all about mentality and confidence during the match,” Chow said.

“I think physically we are okay. We have pace, momentum and rotation, and the combination is okay.”

At No.17, Lee and Chow are the highest-placed Malaysians on the BWF World Rankings. Their progress has been impressive particularly as Lee was off the circuit early in 2018 with an injury. Chow briefly paired up Vivian Hoo and the scratch pair created a sensation at the Commonwealth Games, winning the gold.

After Lee recovered and returned midway through the year, the pair took some time to get going. In their third tournament after Lee’s return, the duo made the semifinals of the US Open. They finished the year strongly, winning the Syed Modi International in November.

“In the early part of last year she (Lee) was injured. She came back in May-June and it took us some time to get our momentum. In the end of the year, we were champions at the Syed Modi International and the progress was quite good. So we are moving up step by step,” Chow said.

The Malaysians will thus be the best possible frame of mind as they play on home soil this week.

Interestingly, their first test will be against the pair they beat in the semifinals in India – Kititharakul and Prajongjai.