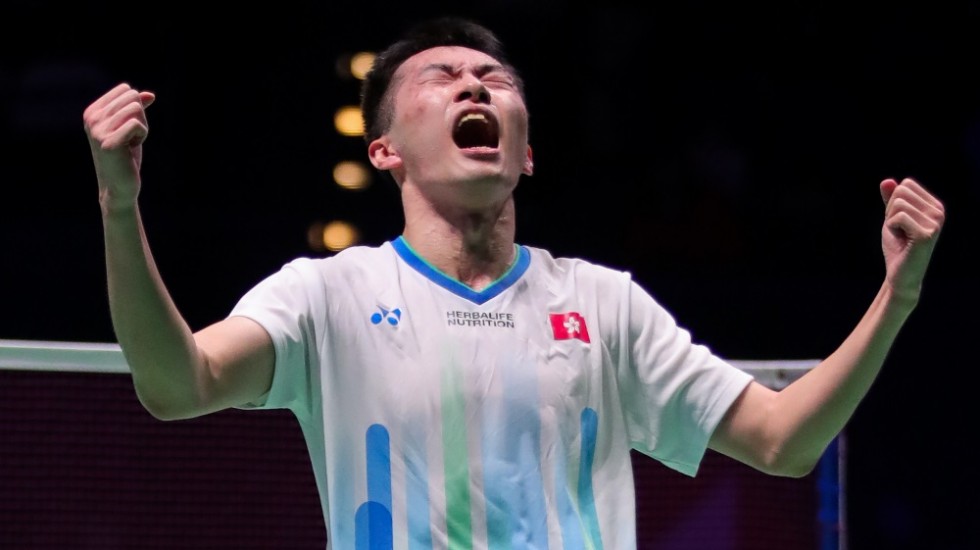 Ng Ka Long Angus enjoyed his best week after a string of disappointments.

All England Turnaround for Angus

It didn’t help that, at last year’s edition of the Hong Kong Open – the tournament that he won in 2016 – home hope Ng Ka Long Angus crashed out in the opening round.

The loss, in straight games to Kantaphon Wangcharoen, was a bleak wrap on a mostly disappointing season for the player seen as the brightest prospect of Hong Kong men’s singles badminton.

This year didn’t begin well, either. Two first-round, and one second-round loss seemed to foretell another uneventful season.

Thus, when Angus made the semifinals of the YONEX All England last week, it was not just a reversal of recent fortunes for the 24-year-old, but badly-needed affirmation of his abilities.

A first round upset of Anthony Ginting was a indicator of what was to come; he next beat Sai Praneeth and Tommy Sugiarto, before going down to eventual titlist Kento Momota after a well-contested opening game.

Angus acknowledged that the All England had been his brightest week after a succession of modest results. His defeat of Sugiarto ensured his first semifinal at a Superseries-equivalent tournament since November 2017.

Angus’s defeat at the hands of Momota was his sixth in as many matches. Only two of those have gone the distance. Angus speaks admiringly of the world No.1: “He’s very stable and reads the game clearly, it’s hard for me to use my strategy on him successfully. He and Chen Long are similar, both are stable, but Kento is younger and more energetic.”

Angus’ own career path has seen him soar to several highs – most memorably, his 2016 win at home – but also slide to many disappointments, particularly last year, when early exits were the norm. Once ranked No.6, he is now outside the top ten.

The All England semifinal finish could not have come at a better time. It’s a result he chalks down to his work ethic in the face of a string of disappointments.

“During my hard times I didn’t give up and trained hard every day. I thought one day I can come up again and be even better than before.”