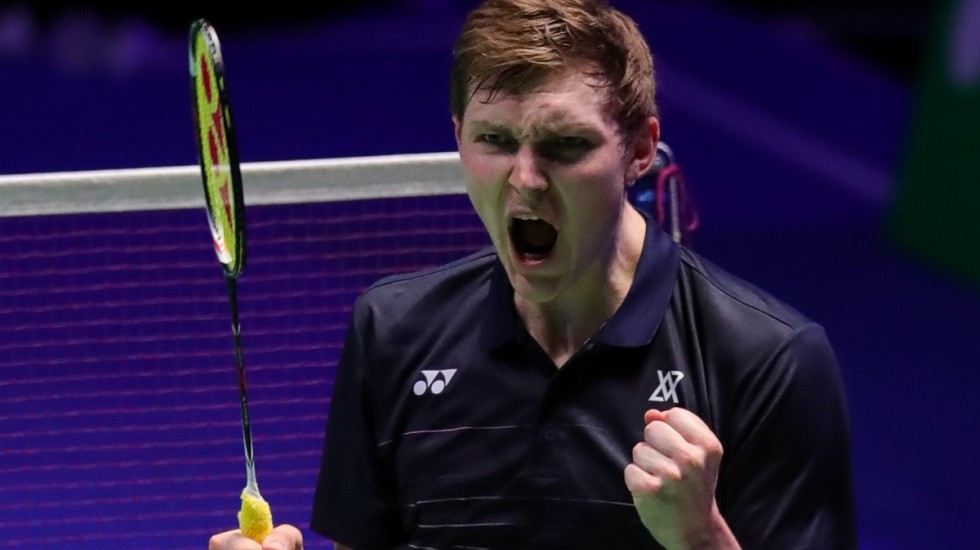 Viktor Axelsen packed too many guns for Shi Yuqi in the semifinals today.

The reigning world champion will take on his predecessor in the men’s singles summit clash of the YONEX All England Open Badminton Championships 2019 on Sunday.

After Kento Momota had booked his place earlier today, 2017 world champion Viktor Axelsen followed him with a decimation of reigning titlist Shi Yuqi, 22-20 13-21 21-9.

The Dane was in fearsome form, out-hustling his opponent through most of the match. Nothing that Shi did threw Axelsen off-track – the Dane was brilliant in anticipating Shi’s drop shots and the smashes down the flanks, and pounced on any opening that flashed by. A slight dip in intensity late in the first and in the second didn’t affect him, and he rocketed to an early lead in the third that effectively buried Shi’s chances.

“It’s a feeling that all the hard work is worth it, and you are in a zone and you get a lot of joy when you win. I’m happy I managed to stay calm after a pretty bad second game, I put up a good defence and a good offence, and I waited for the right chances.”

Axelsen is in his first All England final. If he wins tomorrow, he will be the first Dane in 20 years after Peter Gade in 1999 to win the men’s singles title.

“I haven’t really been that close the last few times against Momota, so it almost can’t get worse, right? But I believe I can win. I have to do that — I believe I have what it takes. So tomorrow I’m going to go in there and give 150 per cent and let’s see what happens.” – Viktor Axelsen, talking of his 1-10 record against Kento Momota.