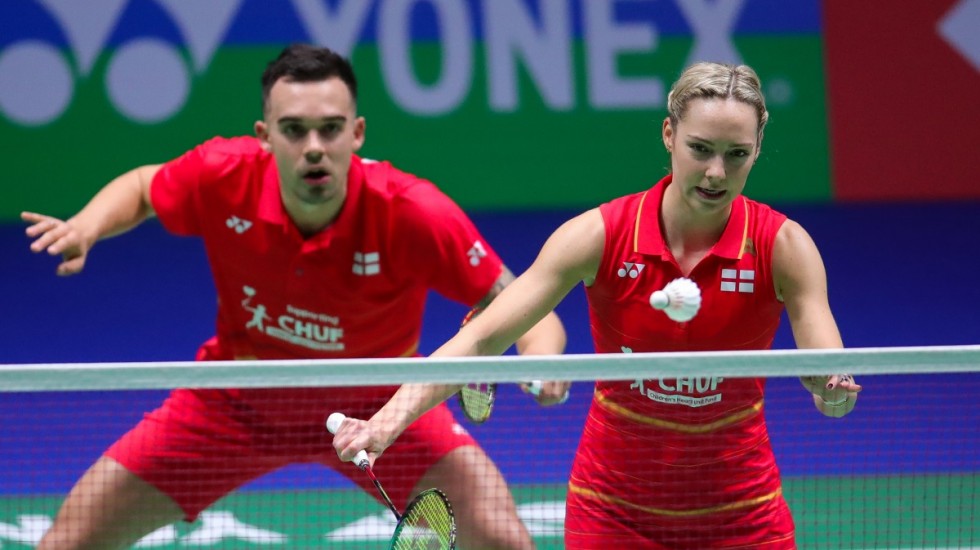 Home hopefuls Chris Adcock and Gabrielle Adcock will attempt to break a blank streak against top seeds Zheng Siwei and Huang Yaqiong when they face each other in the quarterfinals of the Yonex All England  later today.

The English mixed doubles pair fell in the quarterfinals to eventual champions Yuta Watanabe/Arisa Higashino at last year’s All England, and were hopeful of going one better this year. However, they have won only one game against Zheng/Huang in three matches – and that was in their first encounter at the Malaysia Open last year.

This Adcocks had a quiet start to the season, falling in the quarterfinals of the Malaysia Masters and the second round of the Indonesia Masters. They chose to skip the European events in the run-up to the All England, preferring to get some training time at home instead.

“We didn’t play any build-up events with the last year being so busy and this year potentially being busy as well. So we thought we’d benefit from a nice block of training at home, which we got, so we’re feeling nice and fresh,” said Chris Adcock.

The Adcocks have a good record at the All England; their best being semifinals in 2016 and 2017. They were desperately close to clinching a final place in 2017, falling in a thriller to eventual champions Lu Kai/Huang Yaqiong after holding a match point.

They credit their form to the setting and the home crowd.

“There’s no pressure, we’ve been playing this for so long now,” said Gabrielle Adcock. “You get the extra bit of nerves at the start and a bit more adrenalin, but that wears off when you’re into the match, and it definitely helps when you’re on court and you have the crowd behind you. It’s really exciting to be playing here.”

They will hope that the support from the crowd carries them through against favourites Zheng/Huang, who have been the pair to beat since they got together in late 2017.