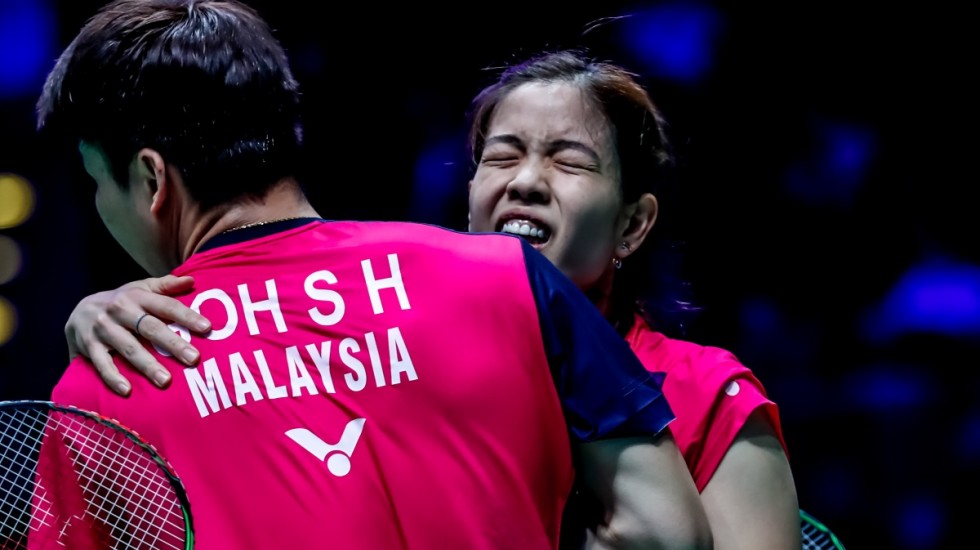 Defending women’s singles champion Tai Tzu Ying stayed on track to achieve a hat-trick of titles, beating Saina Nehwal in straight games.  In the semifinal tomorrow, she will take on Akane Yamaguchi, whom she beat in last year’s final.

Indonesia had a good day in men’s doubles, with veterans Mohammad Ahsan/Hendra Setiawan and young pair Muhammad Rian Ardianto/Fajar Alfian entering the last-four in opposite halves.

The most absorbing match of the morning session was the clash between Malaysia’s Goh/Lai and China’s Wang/Huang.

It was a high-paced encounter, and with the end nearing, the action crackled with electricity. It was Goh and Lai’s stunning defence under pressure that swung the match their way; the Malaysians withstood the barrage of smashes from Wang Yilyu and kept the rallies going until Goh found his openings.

“It was one of the best matches we’ve played,” said Lai. “They won the World Tour Finals in December and are one of the best pairs around, and to beat them gives us so much confidence.”

Goh and Lai had a 2-1 record over Wang/Huang going into the All England, but had lost their last match – a 21-18 21-6 hammering at the Japan Open in September last year.

“I do smile when I make mistakes and I think that gives me the right mentality when I lose points because I can get quite annoyed.” – He Bingjiao, after losing 21-16 19-21 21-12 to Akane Yamaguchi.