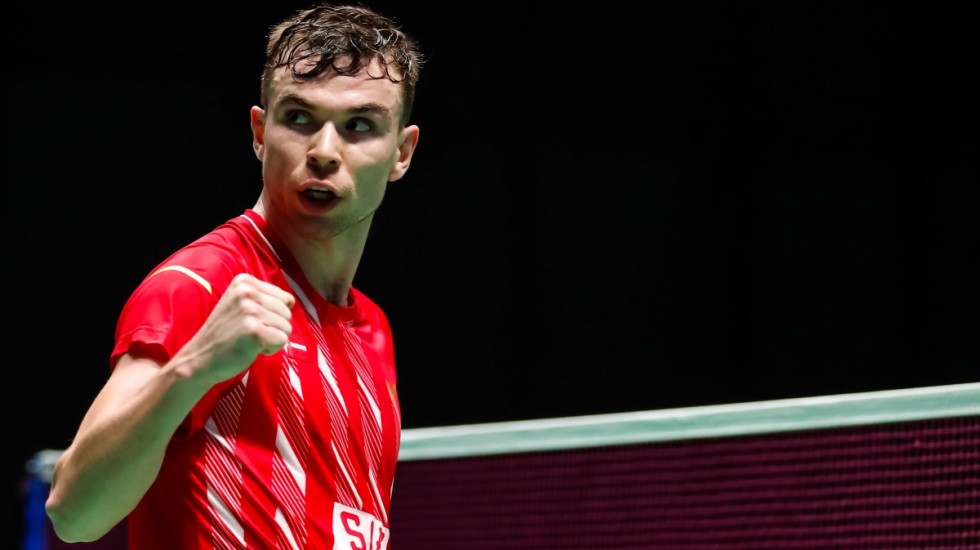 Two-time men’s singles champion Chen Long was ambushed by young Dane Rasmus Gemke in the opening round of the YONEX All England Open Badminton Championships 2019, on a day that saw the exit of a number of seeds.

Watanabe and Higashino had a battle on their hands from the start as Christiansen and Pedersen kept pace with them and even shot ahead at the end of the opening game. With three game points the Danes looked set to surge ahead but some great defending by the Japanese – Watanabe in particular saving a point with a spectacular dive – nixed their chances.

Still, Christiansen and Pedersen did well to put the disappointment of the opening game behind them, and in turn denied the Japanese three match points to take the contest to a deciding third game. However, their momentum was off from the start of the third as they trailed 0-6 and the Japanese kept ahead by a comfortable distance to take the match 22-20 21-23 21-14 in 72 minutes.

Watanabe and Higashino shook off the loss of three match points in the second game to establish a big lead in the third – ensuring that the pressure stayed on Christiansen and Pedersen.

The third seeds take on China’s Lu Kai/Chen Lu for a place in the quarterfinals. Lu Kai is a former champion, but with a different partner – Huang Yaqiong.

“It’s my biggest achievement and I’m very happy. He’s one of the best in the world and has been at the top for ten years, so I knew I had to be 100 per cent ready from the start. I think he was a bit nervous and made a few mistakes in the first game, but he got better in the second and I had to keep my level high all the time,” said Gemke.

Keep An Eye On

In tomorrow’s second round matches, these might be close contests: