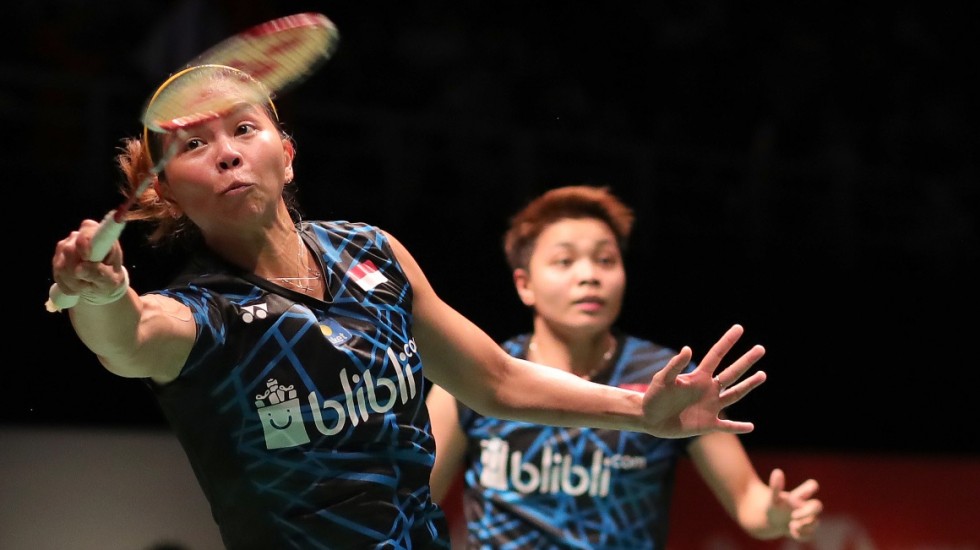 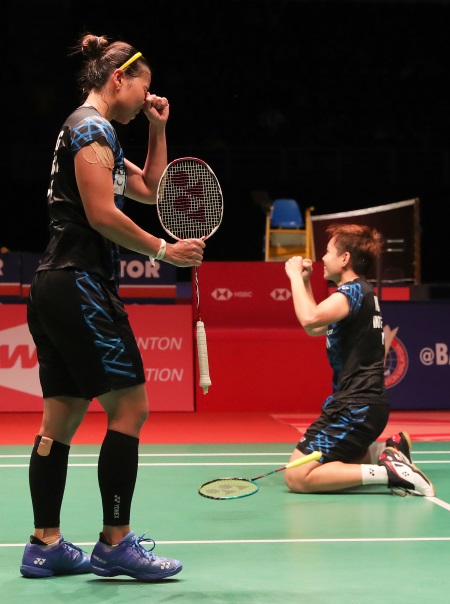 World Tour events, reaching the title round of the PERODUA Malaysia Masters after a marathon battle.

The Indonesians (featured image) had fallen in seven semifinals to Japanese pairs – including at the World Championships and the Asian Games – after winning the Thailand Open in July, and Polii heaved a sigh of relief at having finally overcome the unwelcome streak of losses.

The win, over Misaki Matsutomo and Ayaka Takahashi, didn’t come easy. As with their previous matches, there were plenty of interminable rallies, until the issue was decided on the 79th minute in favour of Indonesia: 20-22 21-13 21-19.

“We really wanted to win this one,” said Polii. “You know, we just kept thinking about this again and again during our training. But after I don’t know how many times in the semifinals… we know that we always lost to the Japanese in the semifinals. However, tomorrow we still have a match, and we want to appreciate what we’ve been through.

“It’s normal to spend 79 minutes on court against them. That’s the art of women’s doubles.”

Yet another Japanese pair – Yuki Fukushima and Sayaka Hirota – stand between the Indonesians and their first title since July.

After Malaysia’s glorious exploits yesterday, things didn’t pan out so well for the home team today, with four losses. 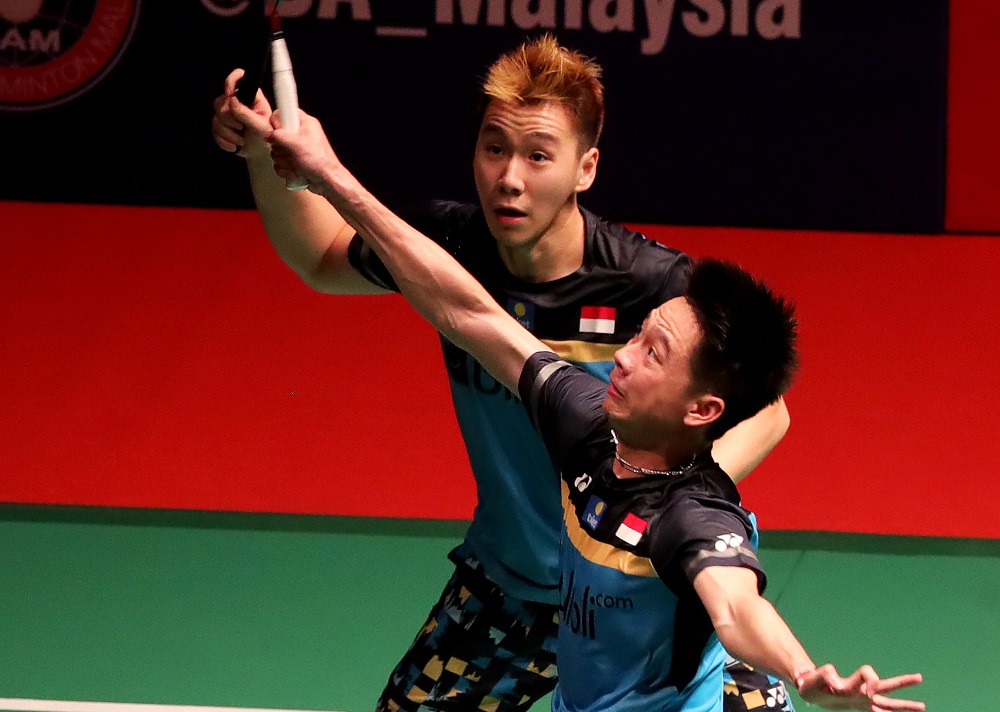 Goh V Shem/Tan Wee Kiong did get the crowd on their feet against Marcus Fernaldi Gideon and Kevin Sanjaya Sukamuljo in the men’s doubles, but the Malaysians let things slip in the end as they went down 21-18 24-22. 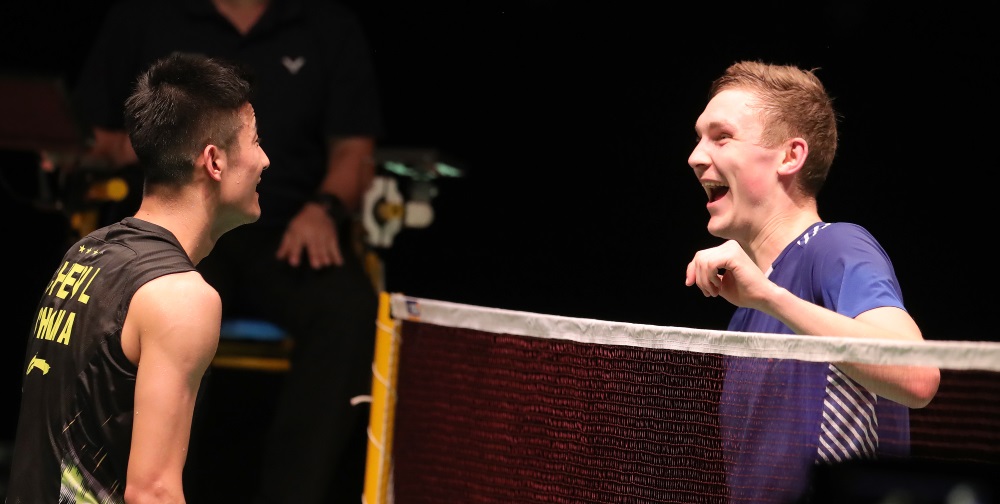 Son takes on Chen Long, who eased to his 12th win in 14 meetings over error-ridden defending champion Viktor Axelsen, 21-13 21-18. 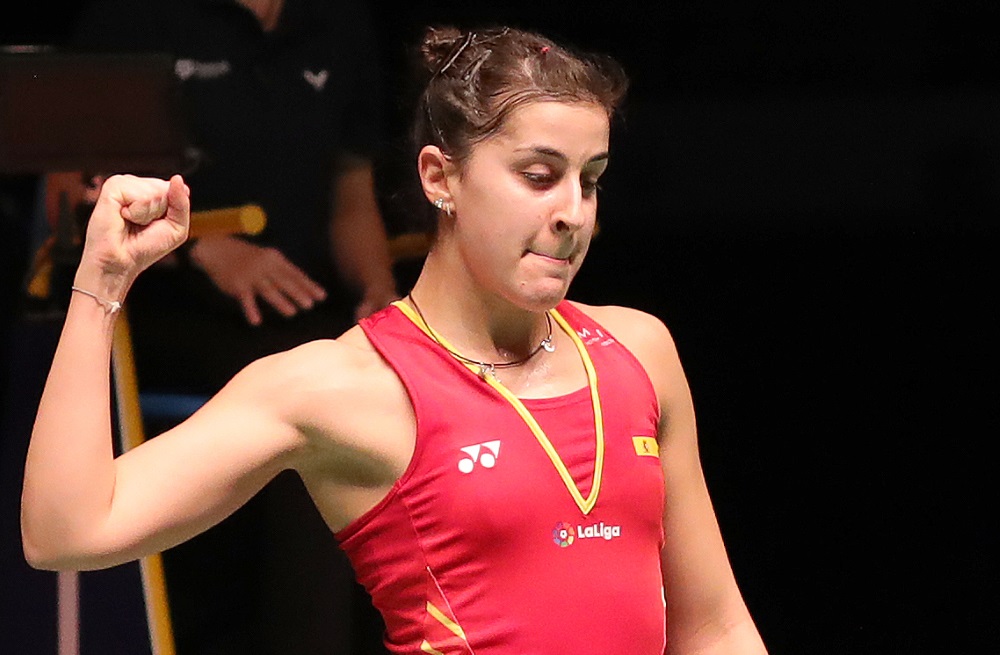 “She was really quick,” said Nehwal. “You’ve to be really on top of your fitness to catch the shuttle high and all that. And she was very good from the difficult side, from which the shuttles were going out. She didn’t play many tosses, she played mostly down.

“I have to get used to the fast-paced rallies. She’s one step faster than the others. I’m happy that I could manage to reach this level. My adjustments did work. Maybe the last loss at the World Championships was playing on my mind. But I was better this time. It wasn’t an easy match but I was moving – there I wasn’t even attempting to play the shuttle.”