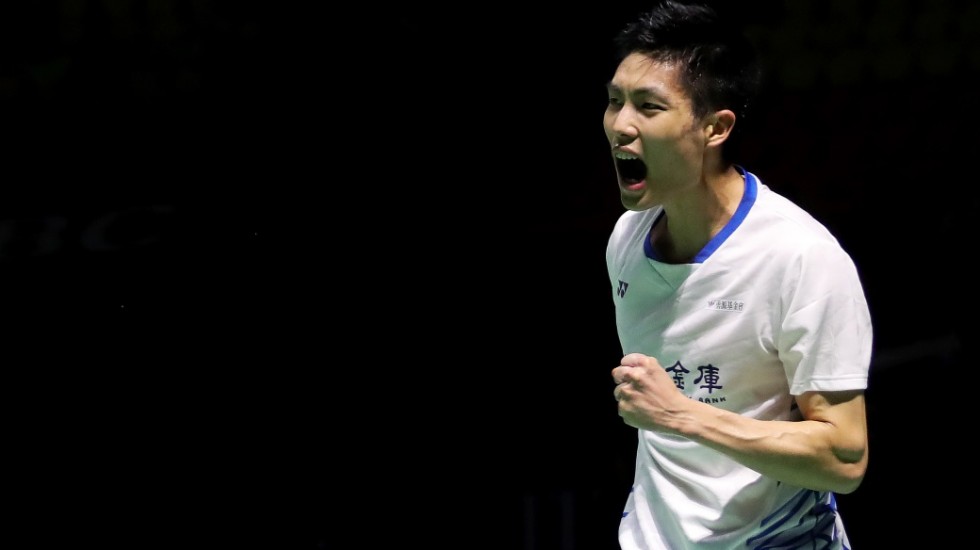 Consistency has eluded Chou Tien Chen, who can beat any of his peers on his day.

Four of the previous seven matches between Chinese Taipei’s Chou Tien Chen and Indonesia’s Anthony Ginting had gone three games, and it was no different today. The battle of wits swung Chou’s way after 76 minutes, helping him make his career record 4-4 against Ginting.

The top seed (featured image) had trouble closing it out from 19-14 in the third, with Ginting inching closer. Chou finally wrapped it up 17-21 21-18 21-18 to keep the slate clear for the top seeds, all of whom won their opening matches.

“He has a lot of skills, and I had to defend hard and focus on his shots,” Chou said. “The shuttle is a bit slow so maybe it was more difficult for him. I had a 19-14 lead in the third game and as he was getting close I told myself I had to attack, and I made it, and I’m happy with the way I played the match.” 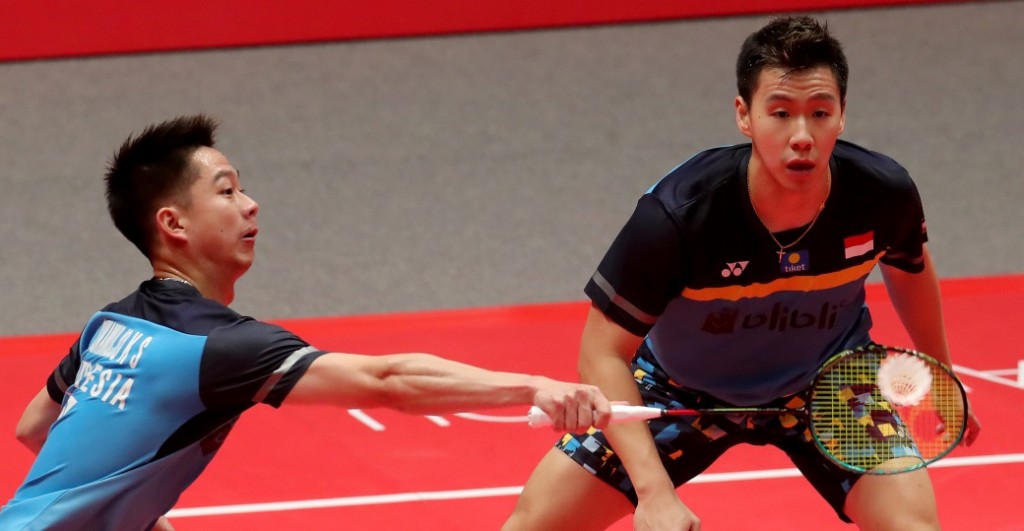 Kim Astrup and Anders Skaarup Rasmussen’s 20-22 21-17 21-13 defeat to Marcus Fernaldi Gideon and Kevin Sanjaya Sukamuljo showed the nature of the challenge facing the Minions’ adversaries. With the shuttle playing slow, and the players dragged into interminable rallies, the Danes played smart badminton to keep the Minions at bay for a fair length of the match.

Just when they started to have the better of the early exchanges in the third, though, Astrup and Rasmussen failed to maintain the discipline required to keep the Minions from raiding the net, and in a flash the match turned. Sukamuljo once again was a menace to the Danes up front, his flamboyant interceptions cutting off the returns and giving his partner more openings to work with.

Until then it had been a tight affair, with the Danes mixing their attack well and catching the Indonesians by surprise a few times. Sukamuljo and Gideon didn’t do themselves any favours either by showboating late in the first game, and that phase would cost them dear. It would take a lot of hard work, with endless smashes by both Gideon and Sukamuljo, to drag the match back their way.

“It was obvious the shuttles were slow and we had to try tactics that fits that,” said Rasmussen. “We played okay but they made it difficult for us. I’m not satisfied; we had our chances. We didn’t play bad tactics, but they are a good pair so you have to play your best. You need to have two good full sets to beat those guys.”

Astrup admitted they hadn’t kept things tight enough in the third, and that had made the difference: “We made easy mistakes, we didn’t move the legs enough in the second and third games, we took  some easy choices and they punished us for that. We had to play our highest to beat them.”

The volatility of Group A was once again in evidence when world champions Li Junhui/Liu Yuchen took on younger compatriots Han Chengkai/Zhou Haodong. The younger pair gave their seniors a torrid time in the first two games before the more experienced Li and Liu pulled away, 21-17 26-28 21-13. 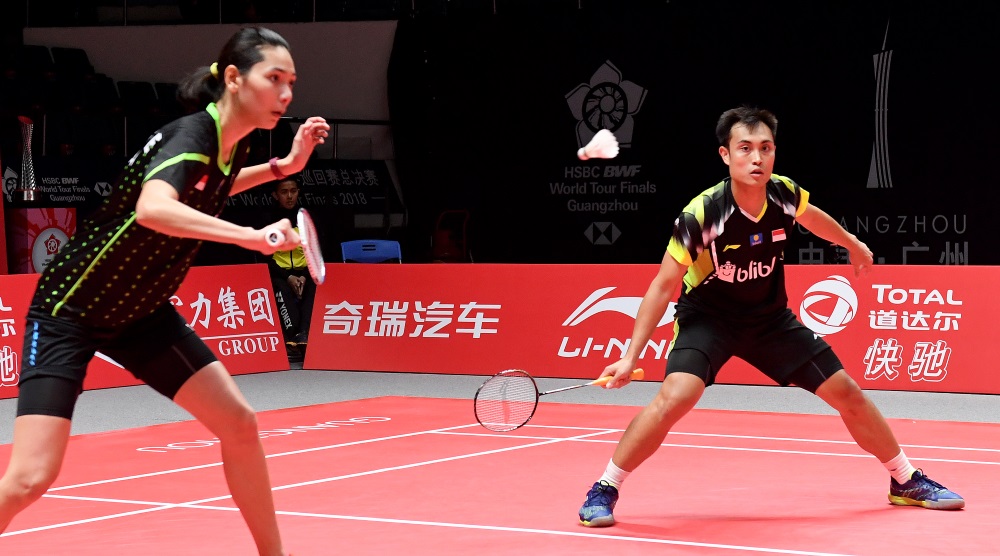 “The shuttles are slow so it wasn’t easy to attack us and vice-versa,” said Widjaja. “We just had to be patient. We had a 15-10 lead in the second game but we then got caught in their slow rhythm.”

Mixed Doubles top seeds Zheng Siwei and Huang Yaqiong have been nearly unchallenged this season, and their opening match defeat of England’s Marcus Ellis/Lauren Smith was a sample of how they have dealt with most opponents. The Chinese needed just 39 minutes to get past the England pair, 21-16 21-17.

“Amazing pair, best in the world,” said Marcus Ellis admiringly of Zheng and Huang. “No matter how much you compete with them they find those three or four points gap in the game where they get the lead, and as soon as you give them a three-four point advantage, it’s difficult to fight back. We needed to be with them all the way, which we did in parts, but we let them get away in a couple of stages and that cost us.”

Both Malaysian pairs in action – Chan Peng Soon/Goh Liu Ying and Goh Soon Huat/Shevon Jemie Lai – fell; the former to China’s Wang Yilyu/Huang Dongping in Group B and the latter to Thailand’s Dechapol Puavaranukroh/Sapsiree Taerattanachai in Group A.