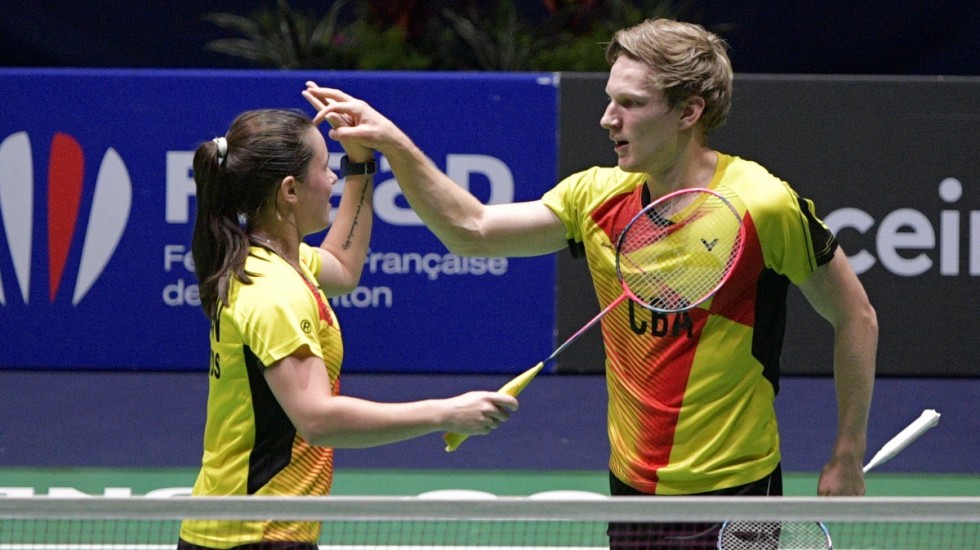 Ying to make the second round of the YONEX French Open 2018 yesterday.

The Dutch pair, who had lost in the first round of all the World Tour Super 500 events and above this year, finally broke into the second round at the World Tour Super 750 event in Paris. After losing a close first game 21-19 to the Malaysians, Tabeling and Seinen recovered quickly, holding the lead all through the second game before prevailing in a tight finish, 19-21 21-18 21-18. 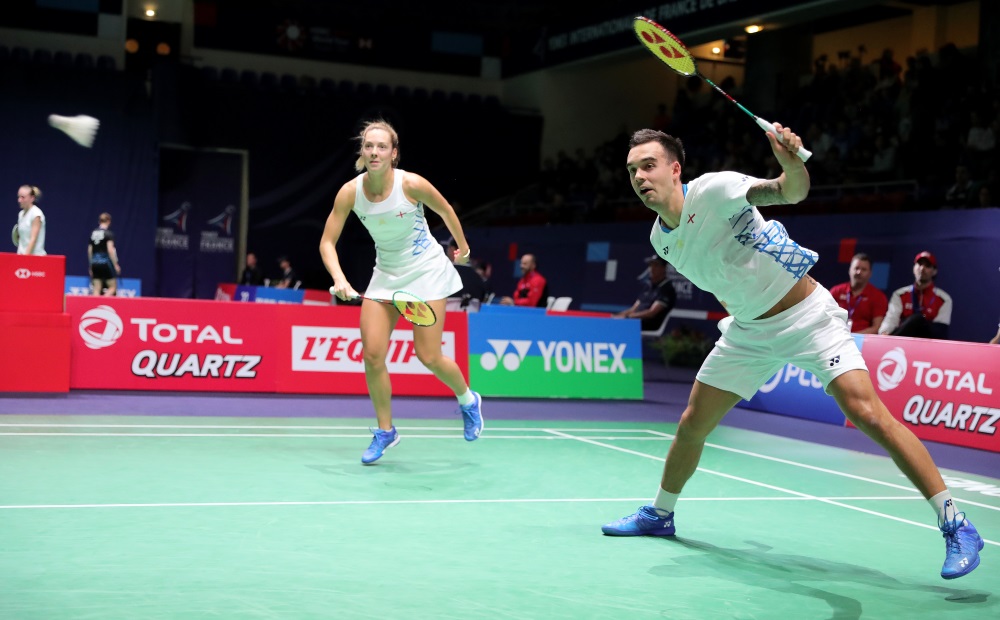 Another England pair, Chris Adcock/Gabrielle Adcock, struggled to make the second round after a tough battle against India’s Satwiksairaj Rankireddy/Ashwini Ponnappa. The Indians held the lead all through the third game before they were overtaken at the end by the England duo: 24-22 18-21 21-19. 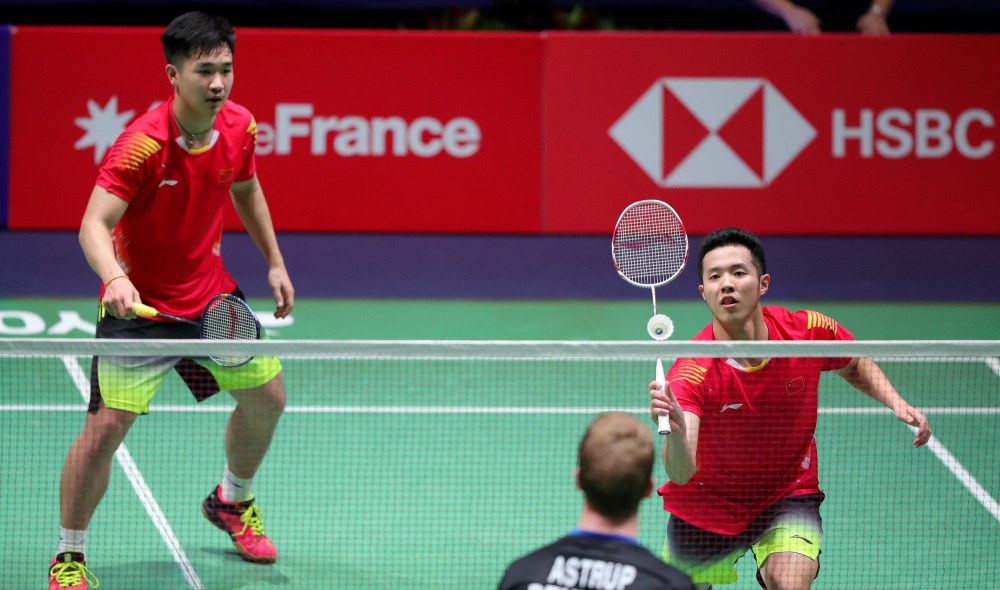 In Men’s Doubles, fifth seeds Kim Astrup and Anders Skaarup Rasmussen ran into one of the fastest-rising pairs on the circuit, China’s He Jiting and Tan Qiang. The Danes had won both their previous encounters, but yesterday the Chinese recovered from a close first-game loss to outplay Astrup and Rasmussen 22-24 21-18 21-17.

Denmark suffered another setback in the same half, with Mathias Boe/Carsten Mogensen falling to China’s Liu Cheng/Zhang Nan in straight games. 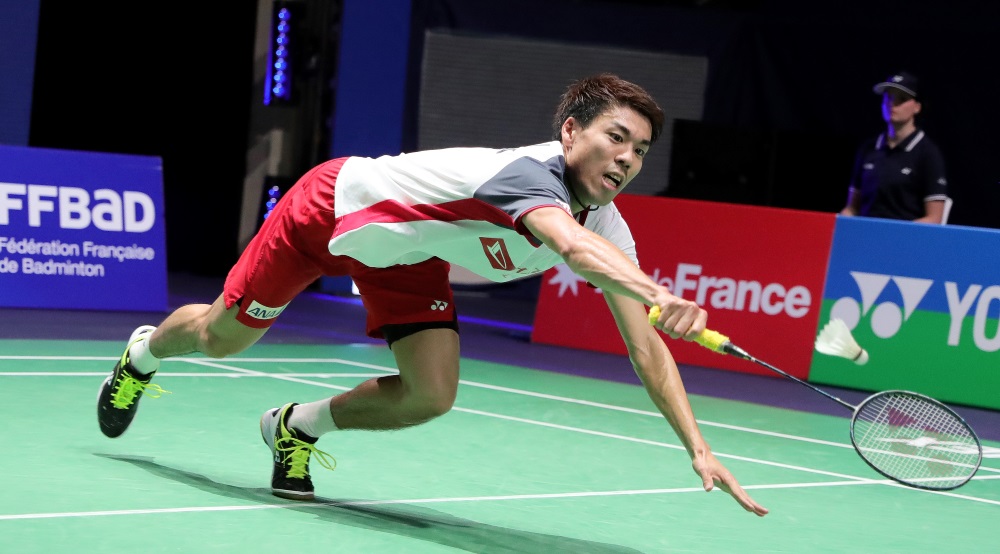 Japan’s Kazumasa Sakai fell behind rather quickly against Lin Dan, who ran away with the first game at 21-9. The Japanese however established an early lead in the second and did not let his foot off the pedal as he closed it out 9-21 21-14 21-14, winning a second round appointment against top seed and compatriot Kento Momota.

In Women’s Singles, Nozomi Okuhara and Saina Nehwal will face off for the second time in two weeks. Nehwal, who beat Okuhara in the quarter-finals of the Denmark Open last week, will have to battle her Japanese rival again after she eased past Okuhara’s compatriot Saena Kawakami in her opening test, 21-11 21-11. Okuhara too had little trouble in her first round, beating Spain’s Beatriz Corrales 21-10 21-12. 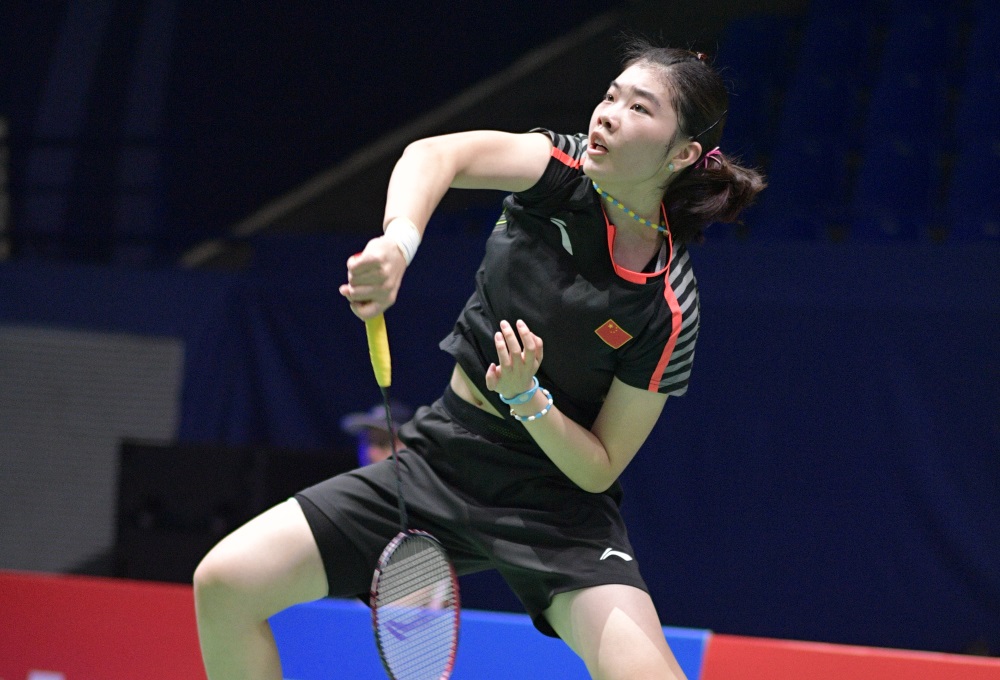 China’s Gao Fangjie scored her first win in three matches against Japan’s Aya Ohori, needing 50 minutes to get past her tenacious rival: 23-21 21-18. Gao will take on top seed Tai Tzu Ying (Chinese Taipei), who she beat at the China Open in September.