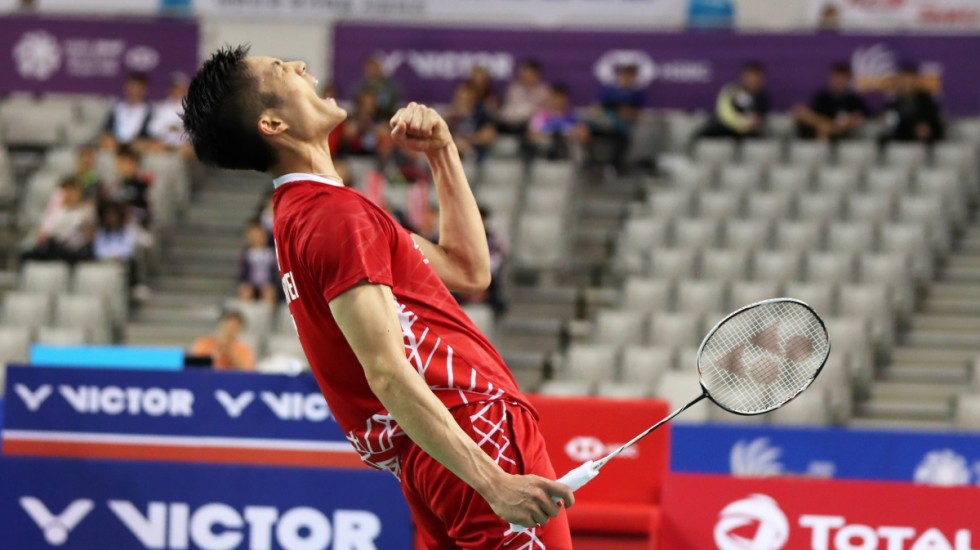 Chou Tien Chen won his third title of the year and Nozomi Okuhara her second as the VICTOR Korea Open 2018 concluded today in Seoul.

Chou powered past Indonesia’s Tommy Sugiarto 21-13 21-16, dominating the 39-minute encounter from start to finish, and then dedicated the title to the earthquake-affected people of the Indonesian island of Sulawesi.

“I was praying for them before the match. I did my best today, I hope my performance will provide some cheer for them and help them recover from the tragedy,” Chou said. “People have got hurt in the earthquake. I feel so sad about it. I thought I would play for them and play well so maybe that could cheer them up. I always feel about such things and I worry about the people of Palu.”

“There were a lot of smashes, it was an attacking game. I controlled the shuttle better so I got more opportunities for my attack. I was a bit surprised by my win here as I had originally decided not to play. I’m happy to go back home for the Chinese Taipei Open and I think my performance there will be good. It’s been a hectic season but we all knew our schedule earlier this year so we know how to prepare. I just have to be careful not to get injured.” 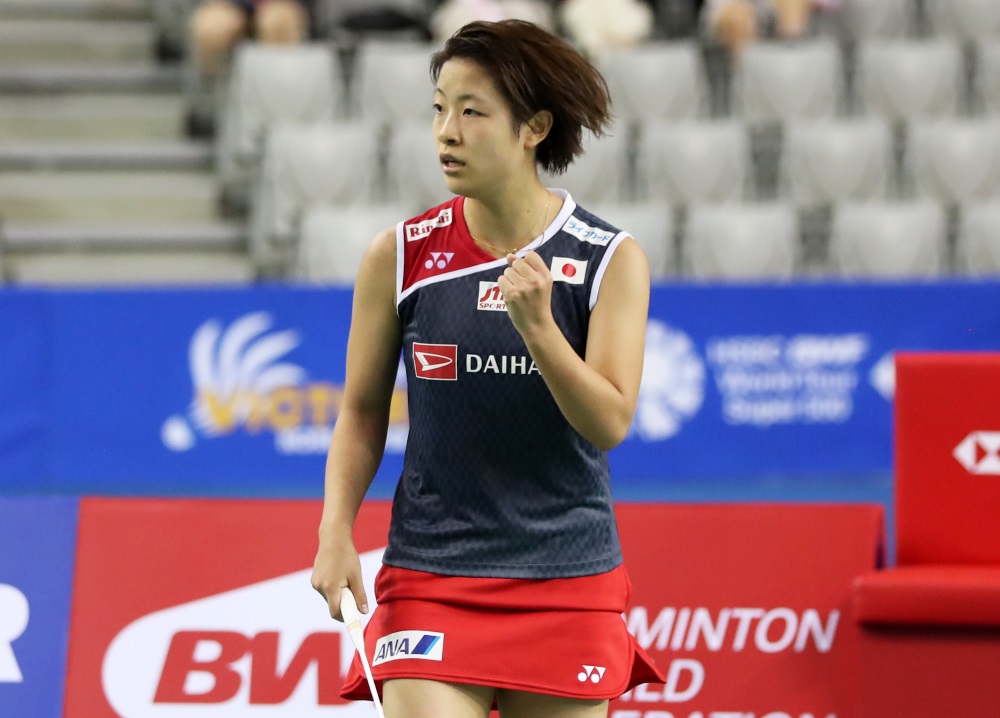 Okuhara, whose sole title victory this year was in Thailand in July, had a harder battle on her hands against USA’s Beiwen Zhang.

Zhang troubled the Japanese with her deception and athletic retrievals, and at 10-all in the third it looked like the match could swing either way.

But after the last changeover Zhang struggled with the drift, with a number of her high shots going long. 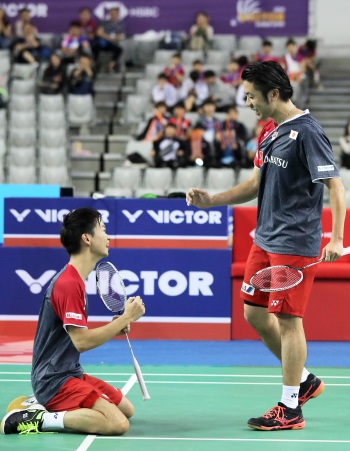 She recovered briefly to come to within a point at 14-15, but Okuhara fell back on her rock-steady game to put the issue beyond reach.

“I used to be impatient while playing her,” said Zhang, who had lost all four previous matches to Okuhara. “Today I was more patient. I think my performance was good. My stamina isn’t at her level, she can run longer than me, and her stamina is better than mine.”

Okuhara, having played three events in three weeks – she was runner-up in Japan and semi-finalist in China last week – was relieved she could go home with a title.

“I won in Thailand and Korea – these are below the Super 1000 and Super 750 level but I’m still happy as it will give me confidence for the bigger tournaments. I just need some rest now!”

Endo and Yuta Watanabe prevailed over compatriots Takuro Hoki/Yugo Kobayashi 9-21 21-15 21-10 in the longest final of the day at 55 minutes.

“This is our third final of the year,” said Watanabe. “We’re the first Japanese pair to win the Korea Open, we’re surprised and happy.” 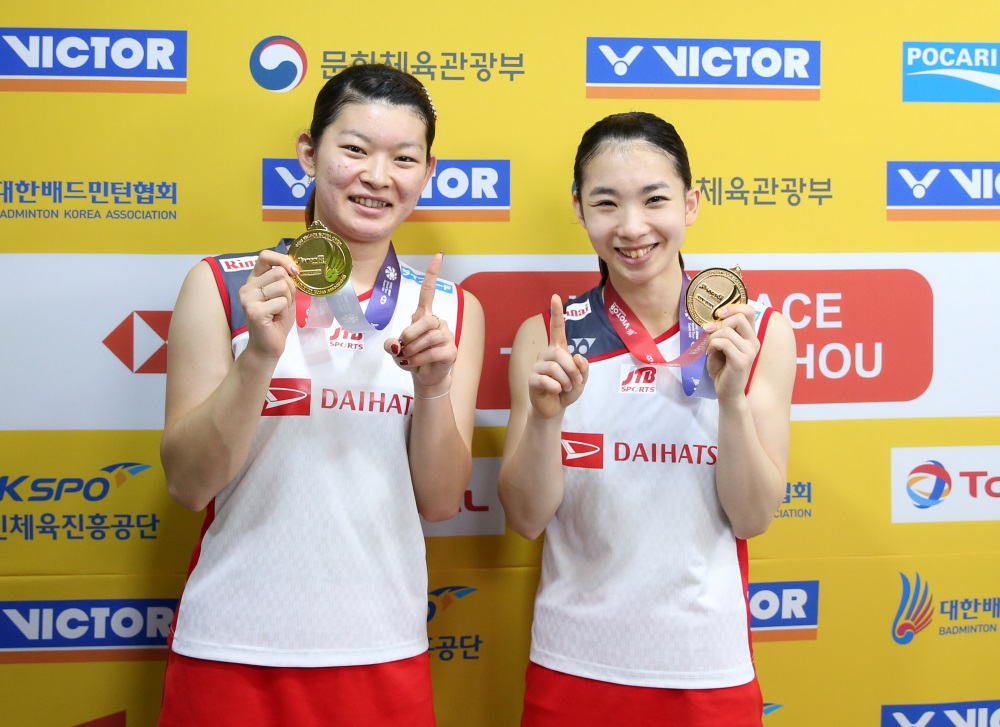 “It is special that we beat our three compatriots to win the title here, and I’m happy about that,” said Matsutomo.

“We were disappointed when we lost in the first round of the Japan Open. We had to analyse where we went wrong in terms of technique and skills and we decided we had to win the China Open and Korea Open. We had a tough start in the tournament but we got better and better as the event progressed. We won as we dominated the attack,” added her partner Takahashi. 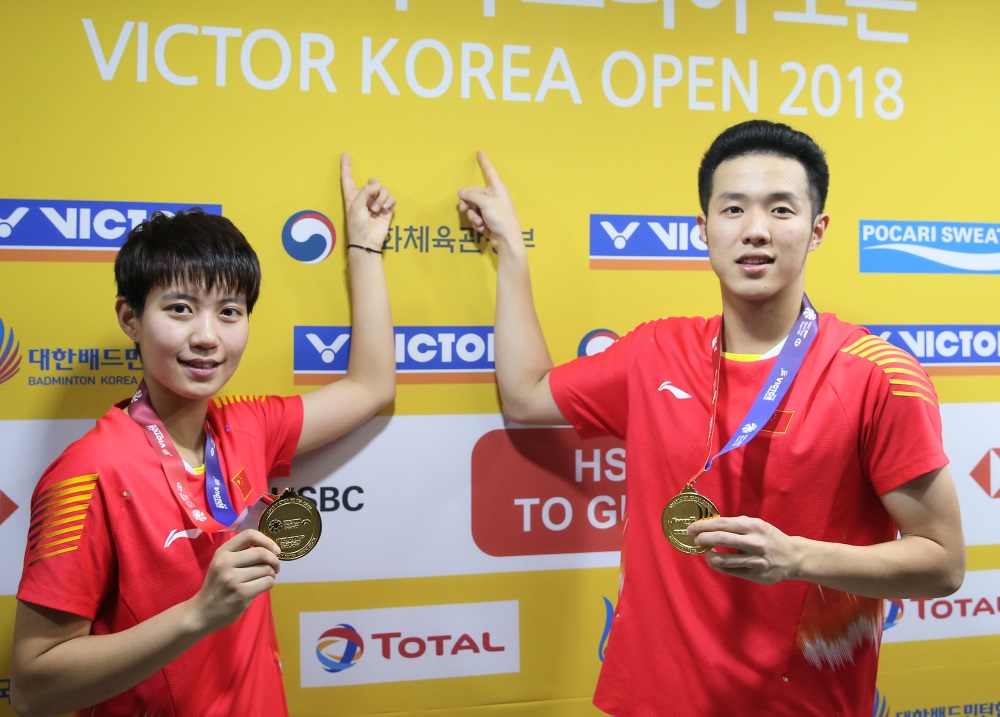 China’s He Jiting and Du Yue won the biggest title of their young career, winning the Mixed Doubles crown over the more experienced Mathias Christiansen and Christinna Pedersen, 21-18 21-16.

Pedersen was all praise for the young Chinese: “The Chinese did a really good job, and we were struggling. We tried our best, and we stretched it in the first – it was almost enough – but credit to them.”

He Jiting said the internal challenge among Chinese pairs had inspired them to their best feat so far: “The main reason to win was that we challenged ourselves. There are already two pairs at the top in China in Mixed Doubles so we have to fight to get to the same level as them. We now have more confidence and we’ll take that into our other tournaments. Now that we’ve won this match, surely our confidence will go up.”