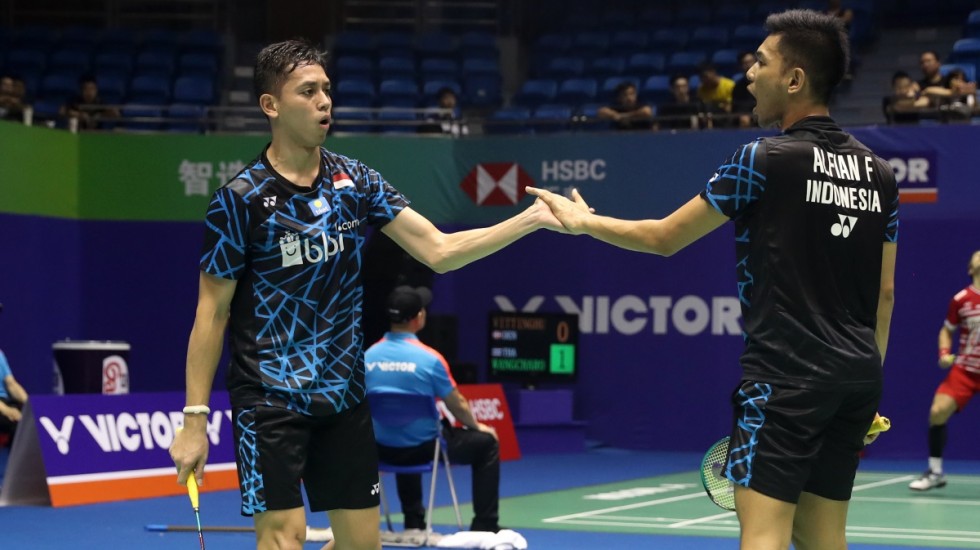 Indonesia had a bright opening day at the VICTOR China Open 2018 today, with Anthony 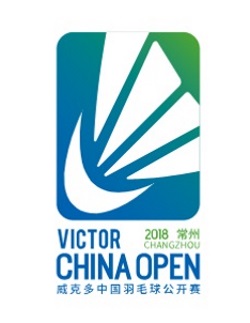 Ginting nearly blew a healthy lead against Lin Dan, allowing his rival to take the match to a sticky endgame before escaping from his grasp, 22-24 21-5 21-19. Ardianto and Alfian, recent silver medallists at the Asian Games, were authoritative in a 20-22 21-15 21-15 dismantling of third seeds Takeshi Kamura/Keigo Sonoda (Japan).

After taking a close opening game against the Indonesian, Lin Dan played 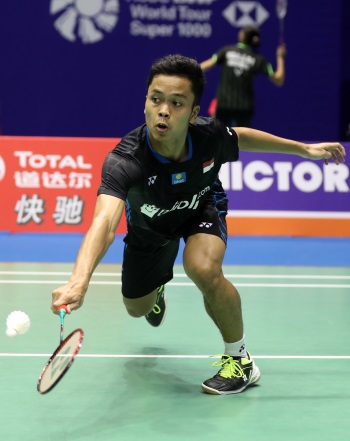 for a third, and stayed close until the interval. With the much-younger Indonesian keeping a hot pace, the veteran started to feel the pinch, unable to reach the shuttle in time as Ginting went 17-11 ahead and seemingly set for a quick finish.

What followed was totally off the script as Ginting then proceeded to make a series of nervous errors, driving the shuttle long even as his coach kept urging him to keep it high and deep. Lin Dan caught up at 18 and ahead at 19-18, before Ginting grabbed the moment, poaching a smart net winner. He then kept it tight at the front, forcing errors from Lin, and came away mighty relieved.

Another player to escape likely defeat was home icon Chen Long, who looked down and out against young compatriot Huang Yuxiang at 15-19 in the second game, but suddenly woke up to take the next six points in a row before demolishing his opponent in the third, 20-22 21-19 21-13.

Top seed Viktor Axelsen (Denmark) didn’t have as much trouble as he might have anticipated against Thailand’s Khosit Phetpradab, who played the DAIHATSU YONEX Japan Open on Sunday. The Thai wasn’t as sharp as he needed to be against the Dane who was firing on all cylinders as he eased to a 21-12 21-15 victory. 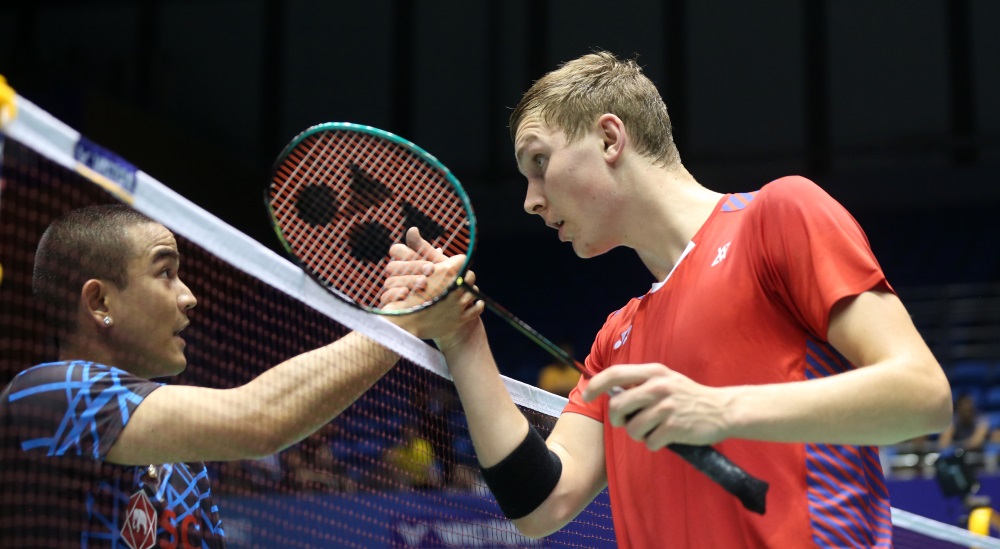 The Japanese fell away after taking a close opening game, looking increasingly weary towards the end.

“In the first game we were still adjusting to the conditions as they were very different from the Japan Open,” said Alfian. “Both the type of shuttle and the drift were different, so it took us a game to adjust. 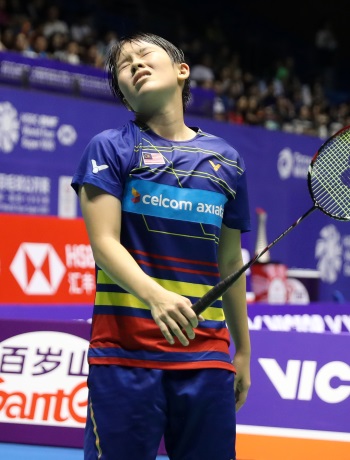 “We just relied on keeping the shuttle low, without lobbing it up. With conditions like these, you cannot rely on defence. Our focus was on serving well and the opening exchanges.”

The Indonesians next face local pair He Jiting/Tan Qiang, who put out another Japanese pair, Takuro Hoki/Yugo Kobayashi in three games.

In the same quarter, India’s Sumeeth Reddy and Manu Attri, continuing with the form that they’ve displayed in recent weeks, were too good for Chinese Taipei’s Liao Min Chun/Su Ching Heng, 13-21 21-13 21-12.

“The last couple of tournaments we’ve been in good shape and good momentum; we saw their videos and discussed that we’d play a no-lob game,” said Attri. “The conditions are really fast here, so our plan worked. The confidence in each other is great, we’re believing in each other and it’s working on court. The coordination was good in the last couple of tournaments compared to the last year.”

In the bottom quarter, Germany’s Marvin Emil Seidel/Mark Lamsfuss got through a nervous endgame to beat Ou Xuanyi/Ren Xiangyu (China), 21-16 21-18.

The Germans led by a game and 20-14 before the Chinese edged closer, taking four points in a row before they were stopped.

“It was tight at the end,” said a relieved Seidel. “We had a good lead, but I think we got a little nervous. It was a little stressful.”

Among the significant results in Women’s Singles was Sung Ji Hyun’s 20-22 21-8 21-14 defeat of India’s Saina Nehwal, only her third victory over the Indian in eleven meetings.

Mixed Doubles Olympic champions Tontowi Ahmad and Liliyana Natsir had it rather easy against Japan’s Yuki Kaneko/Misaki Matsutomo, 21-7 21-16. With Indonesia winning most of their matches today, the only blow was to Hafiz Faizal/Gloria Emanuelle Widjaja, who fell in three games to All England champions Yuta Watanabe/Arisa Higashino.