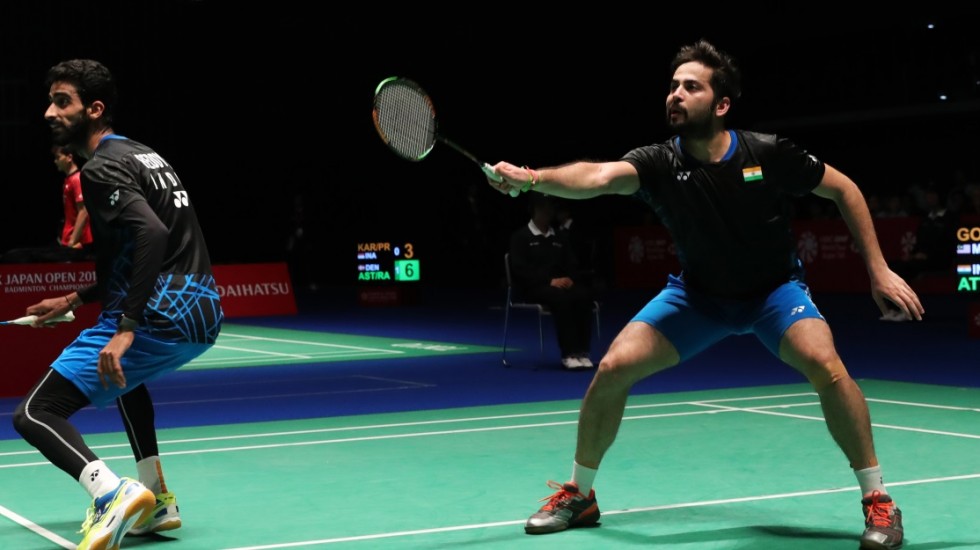 India’s Manu Attri and Sumeeth Reddy scored a memorable upset as they edged out Goh V Shem and Tan Wee Kiong in a thriller at the DAIHATSU YONEX Japan Open today.

Goh and Tan, ranked No.11 to the Indians’ No.28, started strongly, holding their lead all the way to go a game ahead. From a position of strength at 13-8 in the second game, however, the Malaysians started to falter as Reddy and Attri chipped away at the lead. The Indians continued with their momentum, and even though the Malaysians saved three game points and had match point of their own, Reddy and Attri held firm to take the match to a decider.

The third game was neck-and-neck all the way, until Goh and Tan surged ahead at the end to hold a vital lead at 19-17. The Indians once again refused to give in, and stunned their higher-ranked opponents by taking the last three points to finish a memorable victory. 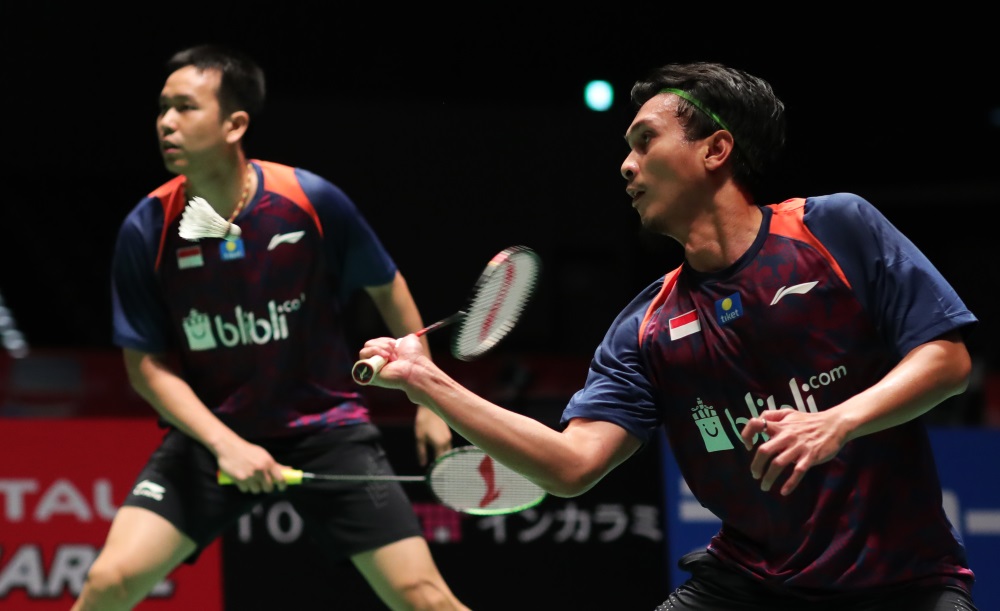 In the top quarter, No.1 seeds Marcus Fernaldi Gideon/Kevin Sanjaya Sukamuljo looked relaxed all through their 31-minute victory over Russia’s Vladimir Ivanov/Ivan Sozonov, 21-15 21-15.

Among the notable results were that of Dutch pair Jelle Maas/Robin Tabeling, who made their way past China’s Han Chengkai/Zhao Haodong 21-18 21-16.

In Women’s Doubles, Japan suffered a blow with fifth seeds Shiho Tanaka/Koharu Yonemoto outplayed by China’s Tang Jinhua/Yu Xiaohan. The Chinese established early leads in both games and their opponents failed to catch up. 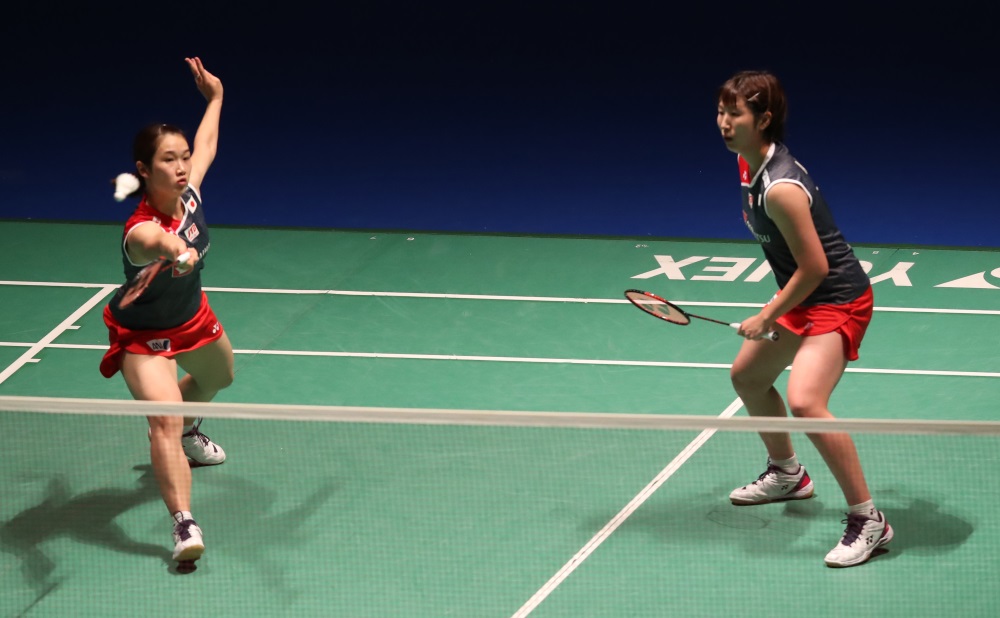 The other seeded casualties were No.7 seeds Lee So Hee/Shin Seung Chan (Korea), who retired at 8-11 in the first against USA’s Emily Kan/Isabel Zhong; the USA pair next face Bulgarian sisters Gabriela Stoeva/Stefani Stoeva, who dealt another blow to Japan on the day beating Naoko Fukuman/Kurumi Yonao 15-21 21-11 21-9. 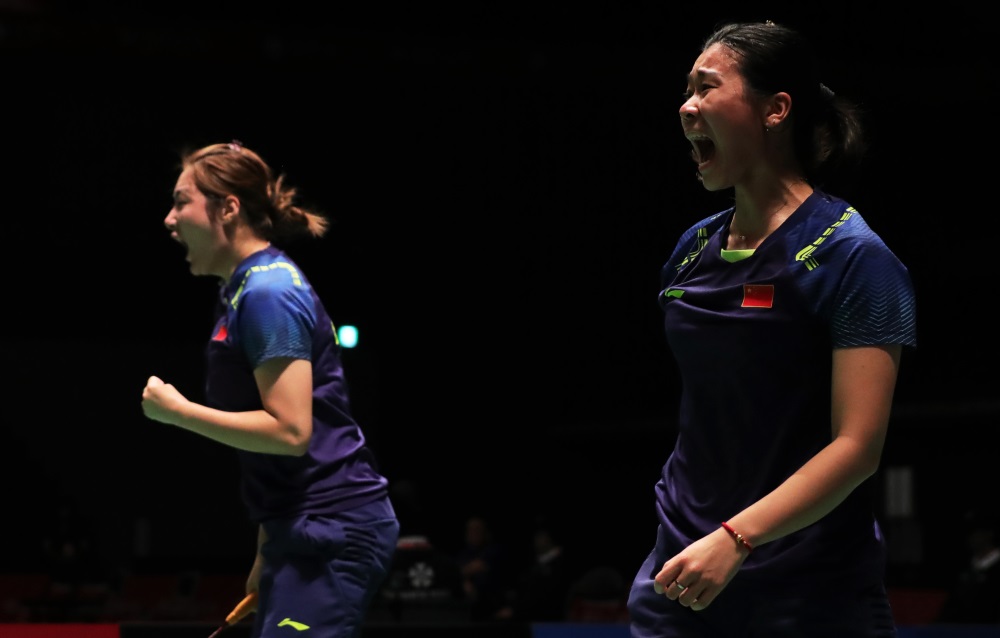 World champions Mayu Matsumoto/Wakana Nagahara, who are in the bottom quarter, had it easy against Russia’s Ekaterina Bolotova/Alina Davletova, 21-9 21-12.