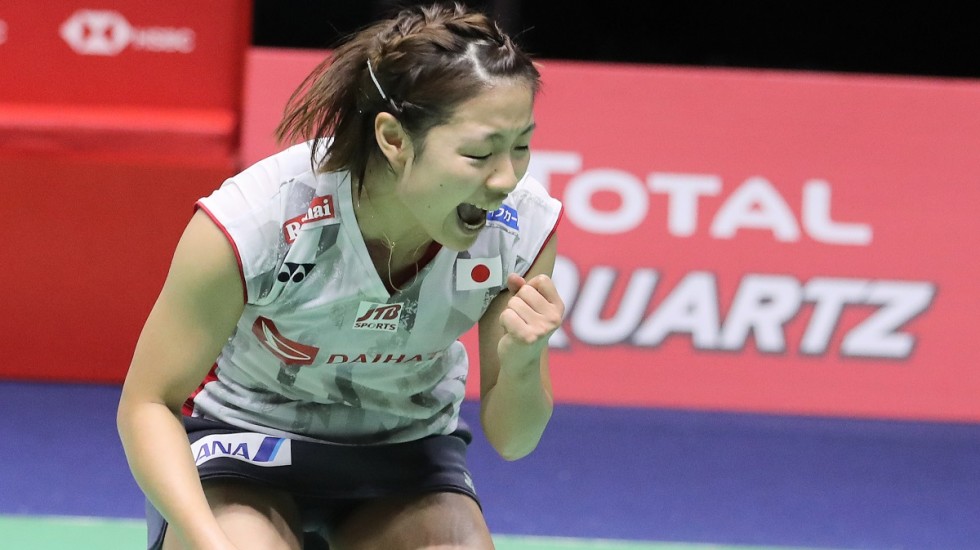 Nozomi Okuhara was looking for a lucky omen when she arrived at the TOYOTA Thailand Open 2018,

and today she got what she was looking for.

The title win in the Women’s Singles was the right portent for her TOTAL BWF World Championships preparations, for at the same stage last year, she had won her last tournament – the Australian Open – before the World Championships. She’d arrived in Bangkok without a title win all season, and she’d spoken of how a possible victory here would get her in the frame of mind she needed to be.

It was doubly significant that the Thailand Open title came against India’s Pusarla V Sindhu, against whom she’d won the epic final in Glasgow last year. In the title clash today, Okuhara (featured image) prevailed 21-15 21-18, ensuring a singles sweep for Japan after Kanta Tsuneyama had won the Men’s Singles for his first HSBC BWF World Tour title. 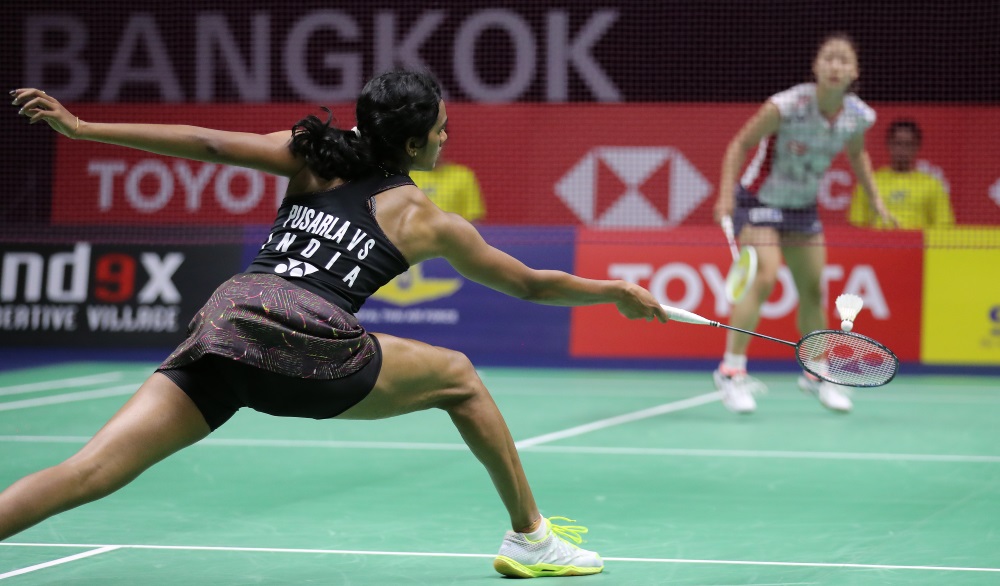 The Okuhara-Pusarla battles have become an enduring rivalry, and much was expected of this one as well. While the latest chapter did not quite measure up to some of their past encounters, it had its moments.

The difference in styles that the two protagonists represent ensured that there was plenty to keep the crowd engaged. The match caught fire late in the second game, as Okuhara, true to style, retrieved impossible shuttles to keep the rally going interminably before the Indian nailed the winner to make it 17-18.

When she drew level at 18, the match promised to stretch for the full three games, but the Indian made a critical mistake on the next point, firing just wide after she’d gained a window to shoot into. That mistake turned out to be expensive, for her confidence ebbed and the next two points were over in a flash.

“It’s always tough against Sindhu,” said Okuhara. “Normally she is the attacking player and I’m the one defending, but today I was able to put pressure on her with my offense and she could not gain the attack, so I could play freely. 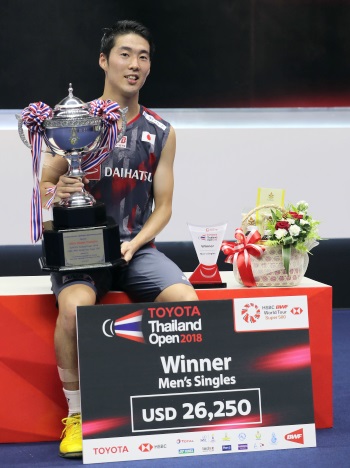 “It’s a long time since I won a title. I wanted to keep challenging for the titles, but after my injury I was getting nervous in some situations even though I was slowly getting better. If I play the way I did here, I’m confident of winning the World Championships again. It gives me a lot of confidence. It’s the same case as last year, when I won the Australian Open just before the World Championships. But I think of myself as a challenger and not the champion. I need to get some rest, and then get back to training.”

Kanta Tsuneyama outlasted Tommy Sugiarto to land his first World Tour title, marking the biggest win of his career and his first since the Canada Open last July.

The Japanese never let up on his intensity when the battle spilled over into a third game. Rather uncharacteristically, it was Sugiarto – who often revels in long-drawn situations – who started to flag. A delighted Tsuneyama did a victory jig around the court after nailing the winner at 21-16 13-21 21-9 on the 58th minute.

“Bangkok is lucky for me – I won the Thomas Cup silver medal here and now I won the Thailand Open,” Tsuneyama said. “It was a very tough match. After I lost the second game, I had to reset my mind and think back about how I played the opening game. I was able to keep up my energy. This is a significant moment for me and I hope I can keep up this form.”