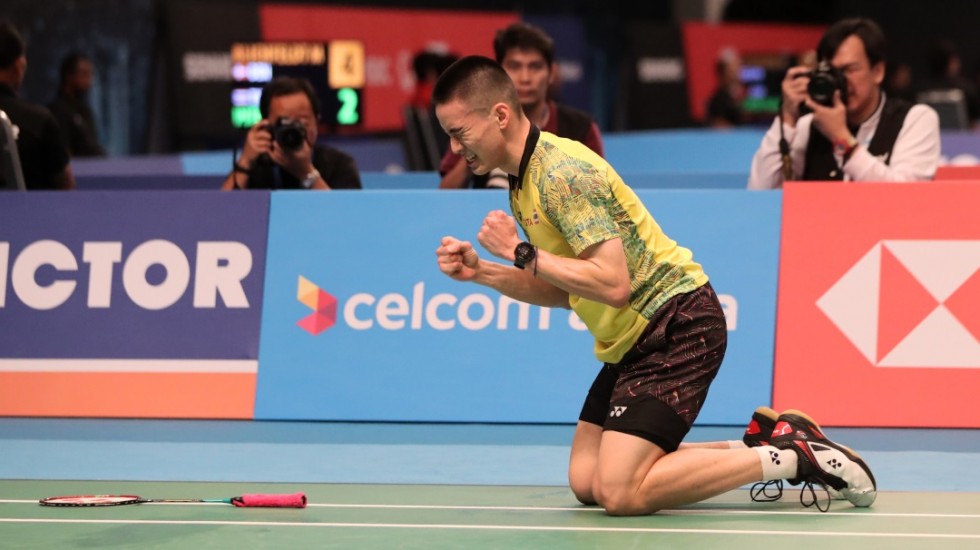 Fifth seed Chen Long stumbled to an embarrassing defeat today at the hands of Kantaphon Wangcharoen in the opening round of the Celcom Axiata Malaysia Open 2018. 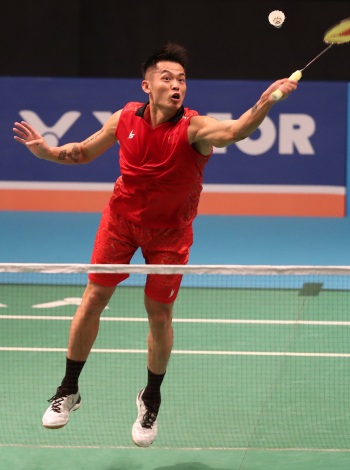 The 2015 champion trailed throughout the first game, but after he reeled off six of the last seven points in the first game to lead 20-19, the tide seemed to be turning his way. However, his Thai opponent (featured image), who played fearless attacking badminton all the way, held firm under pressure and eked out the first game. From there Chen collapsed dramatically, as he managed just five points in the second to exit the tournament: 23-21 21-5.

A delighted Wangcharoen counted this as the biggest victory of his career: “Chen Long is one of the World’s best players and to beat him is a big achievement. I think I focussed on each point and played to my best ability. Our preparation was very good for the Thomas Cup and that helped me. I played the second singles and I’m happy with the way I played in Bangkok. I also did well last week at the US Open (he made the quarter-finals), so I felt good. The long journey didn’t really affect me.”

There were no such problems for Chen’s compatriot and defending champion Lin Dan, who eased past Hong Kong’s Wong Wing Ki, 21-17 21-8. Lin takes on All England winner and compatriot Shi Yuqi in the second round.

“I was quite fast today,” Lin said. “The opening match these days is not easy since all the players are top level. Compared to the Malaysia Masters, I felt I could adapt better to the conditions. Shi Yuqi has improved a lot in the last six months. The youngsters are challenging the seniors now. I will just prepare as best as I can.”

In Women’s Singles, World champion Nozomi Okuhara (Japan) struggled against China’s Chen Yufei but stayed resolute on the big points to earn a 15-21 21-15 21-11 victory. The Japanese, who has battled injury since her World Championships victory last August, said she wasn’t in her best condition yet. 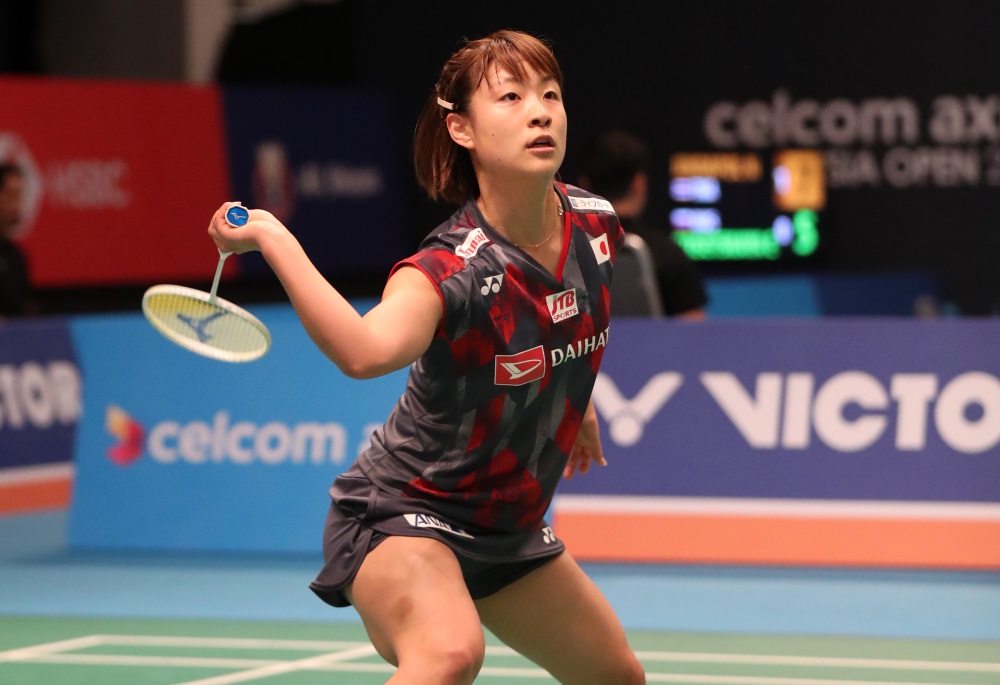 “I don’t think I will be able to win the World Championships this year, although I want to. After the injury, I don’t think I’m at the level required to be the champion. All the top 10 or top 15 players are very strong and anyone can win. I’m happy though with Japan’s Uber Cup victory. It’s a big dream achieved. I hope to carry forward the confidence from that.” 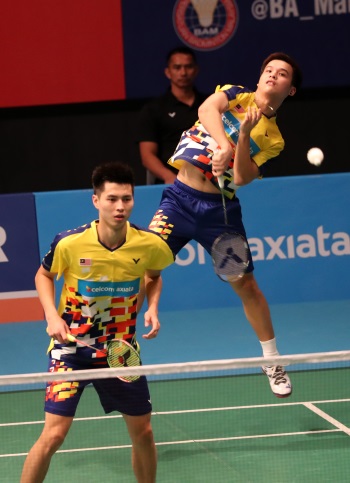 “We were lucky to win the first,” admitted Fischer. “There is a long, long way for us to go. We need to practice more. She lives 300 km from Copenhagen, so it was difficult to practice. She comes over once a week to Copenhagen. We have improved but it’s not enough. We still have to work a lot. She’s very talented and more than 20 years younger to me. Also, she had a stomach operation, so we are here for getting some matches. We’re happy to play one more match and get some experience.”

The Danes face Denmark Open champions Tang Chun Man/Tse Ying Suet, who, Fischer said, would be a lot harder than Dremin and Dimova.

In the top half of the draw, England’s Chris Adcock/Gabrielle Adcock had their hands full against Indonesia’s Praveen Jordan/Melati Daeva Oktavianti. The Indonesians led until midway in the third, after which the England duo caught up with them and stayed ahead to close out the match 14-21 21-17 21-18.

Up next for them will be fifth seeds Zhang Nan/Li Yinhui (China), who shut out home pair Tan Kian Meng/Lai Pei Jing 21-8 21-12.

The other Malaysian doubles pairs to join them in the second round were Aaron Chia/Soh Wooi Yik, who beat USA’s Phillip Chew/Ryan Chew, and Goh V Shem/Tan Wee Kiong, 21-15 21-10 winners over Thailand’s Tinn Isriyanet/Kittisak Namdash.