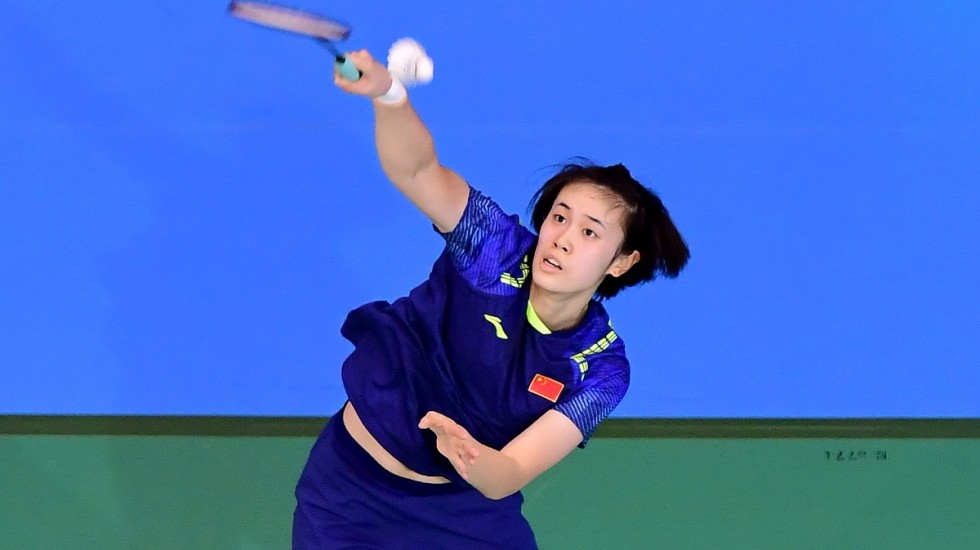 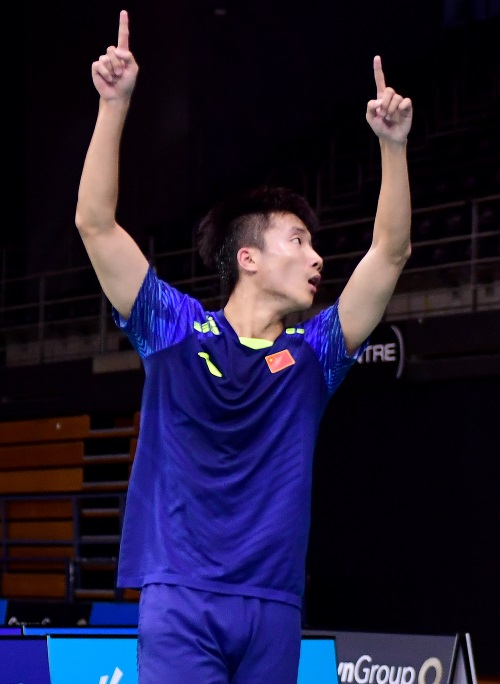 Lu, runner-up at the Lingshui China Masters in April, achieved the biggest victory of his young career as he surged through the Men’s Singles qualifying draw before beating several players ranked above him. Vanquished opponents included Korea’s Heo Kwang Hee in the first round, Malaysia’s Chong Wei Feng in the second, India’s Sameer Verma in the quarter-finals, and compatriots Zhao Junpeng in the semi-finals and Zhou Zeqi in the final.

Lu took the first game of the final comfortably, then withstood a strong challenge from Zhou in the second before winning the match 21-8 23-21.

Earlier, Cai Yanyan (featured image) – winner of the 2017 Macau Open – stormed through the Women’s Singles draw without dropping a game. Having beaten USA’s Crystal Pan, China’s Zhang Yiman and Ji Shuting, and Hong Kong’s Cheung Ngan Yi on her way to the final, Cai did not drop her guard in the title round against Japan’s Ayumi Mine, 21-14 21-13.

Indonesia’s Berry Angriawan and Hardianto have had modest results since winning the Thailand Open in May last year. However, they found form at the Barfoot & Thompson New Zealand Open the week before the Australian Open, making the final. Riding on that momentum, the Indonesians were dominant in Sydney, not dropping a game until the final. 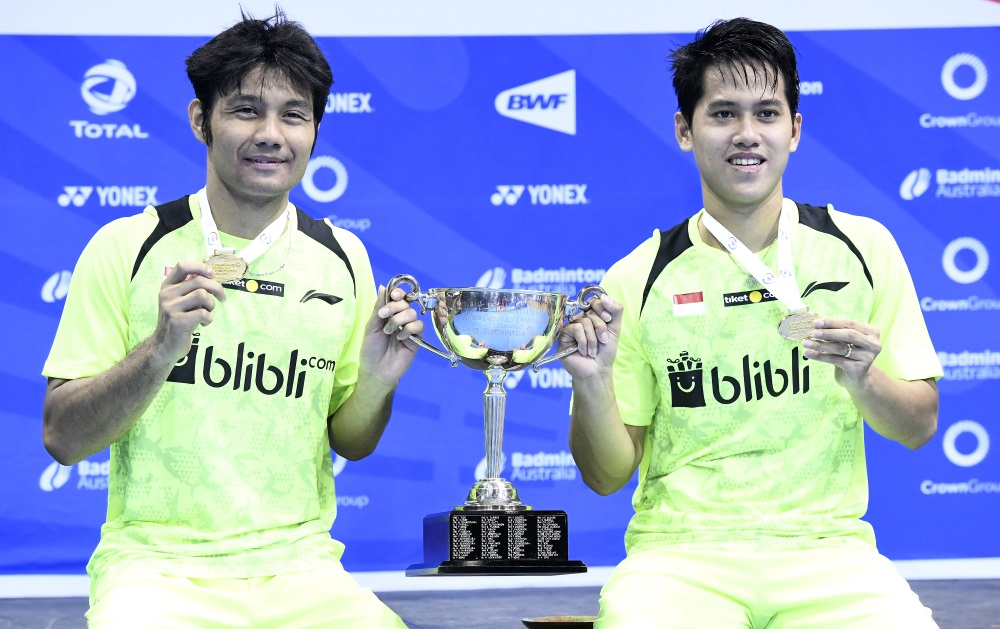 Compatriots Wahyu Nayaka Arya Pankaryanira took a game off them but Angriawan and Hardianto shrugged that off to take the title 21-9 9-21 21-15.

Women’s Doubles second seeds Ayako Sakuramoto and Yukiko Takahata have been in great form this season. Starting with a victory at the Yonex Swiss Open in February, the Japanese went on to make the finals of the three subsequent tournaments. They were runners-up at the Osaka International, won the New Zealand Open, and continued with their winning form in Australia.

The Japanese beat Korea’s Baek Ha Na/Lee Yu Rim in the final yesterday, 23-21 21-18, for their third title of the year in four finals. 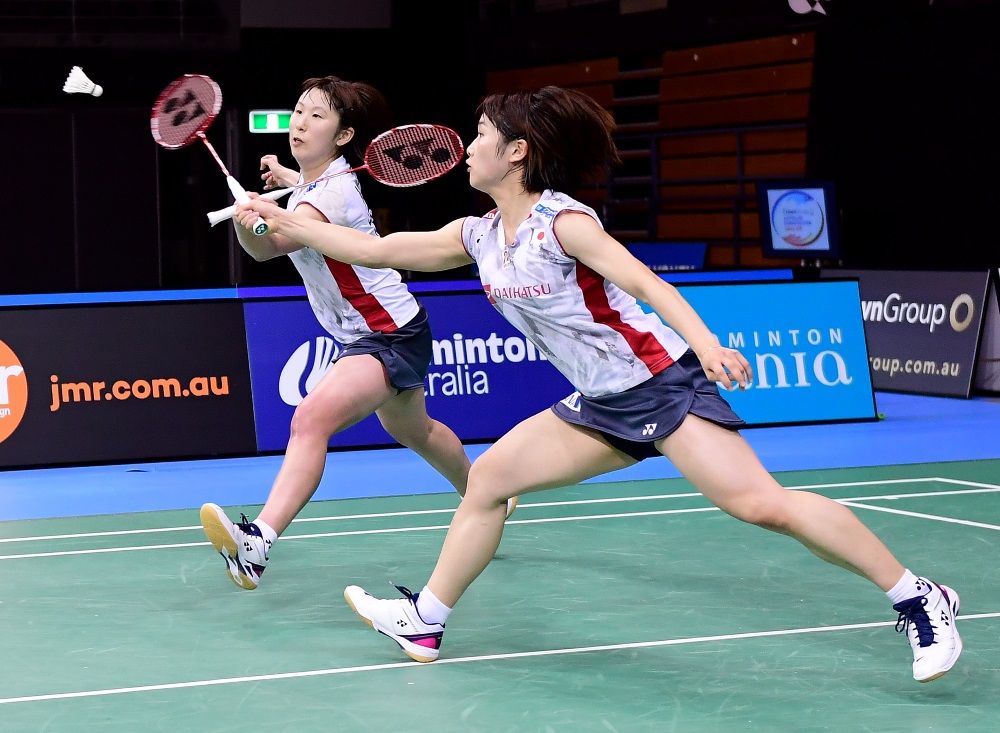 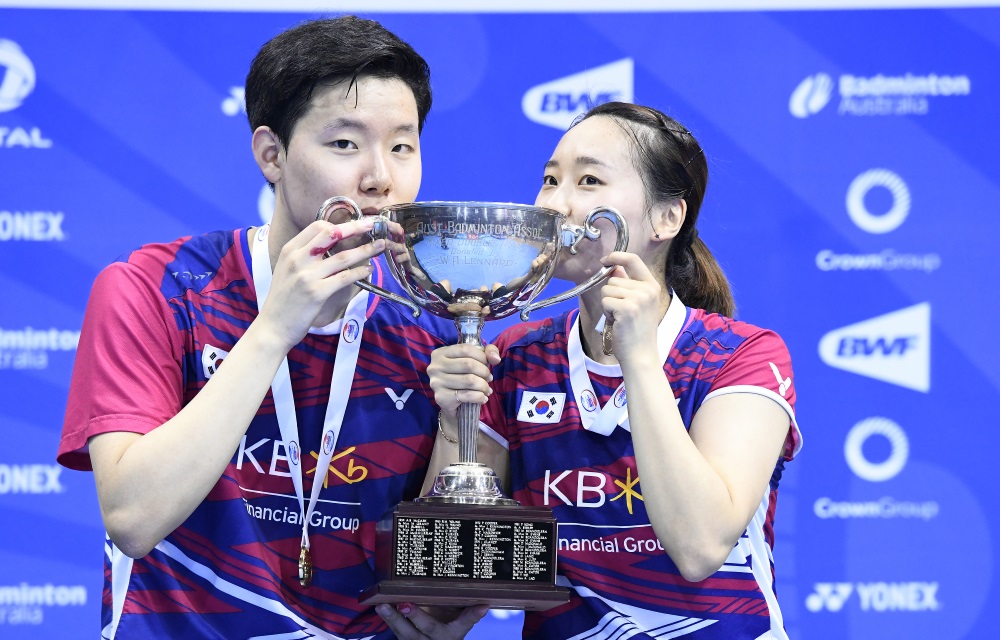