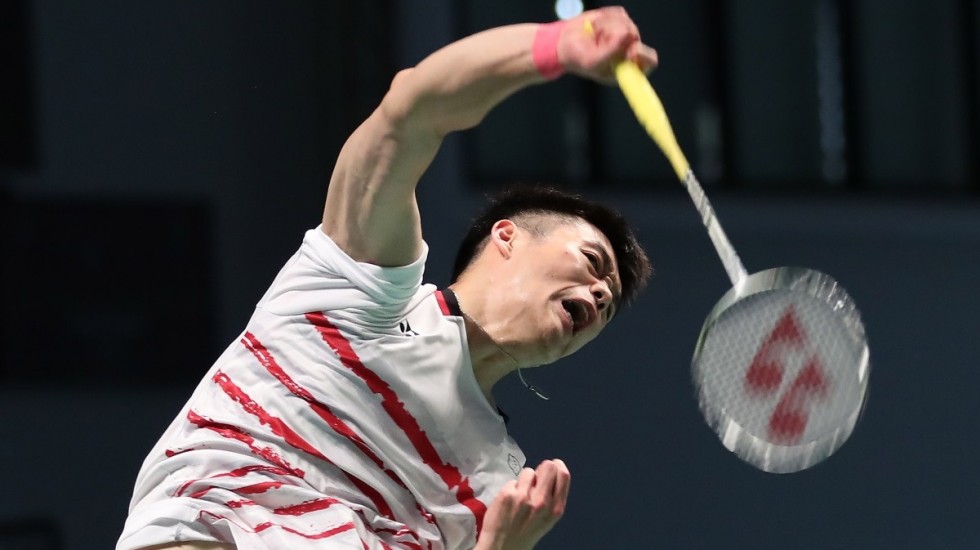 Lin won his first title of 2018, getting the better of Indonesia’s Jonatan Christie in the Men’s Singles final. 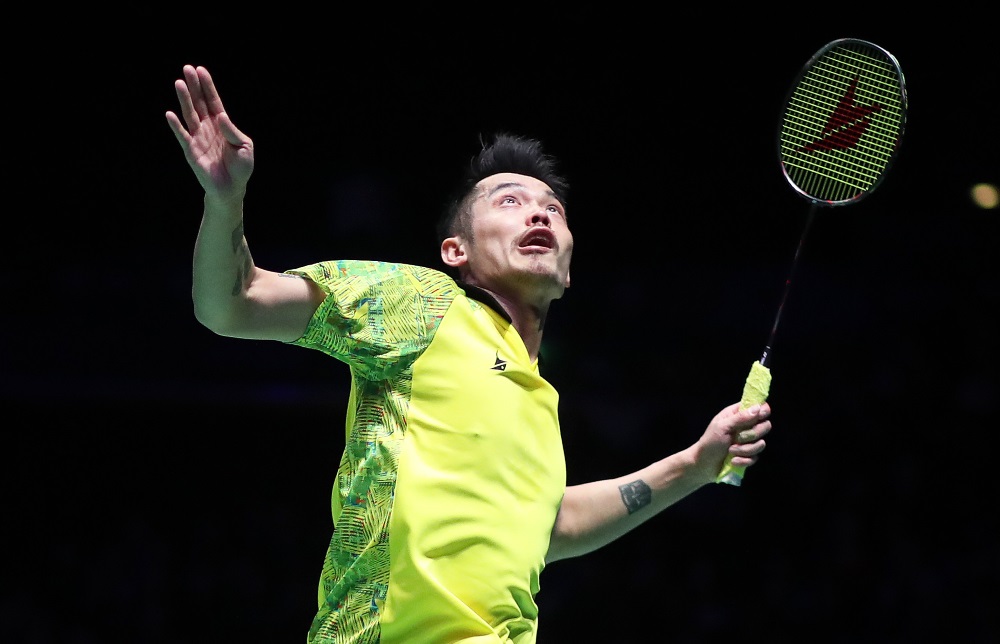 The Chinese superstar had a comfortable first-game win before Christie gained the upper hand in the second. The Indonesian had his chances of taking the second as he led 18-13 and 19-15 before Lin grabbed the last six points in a row for a 21-14 21-19 victory.

“I was not worried about the second game, having already won the first, I was just looking to conserve energy and get ready for the third game,” said Lin. “This is my first time to New Zealand, I have not won a tournament yet this year. I have prepared well for the New Zealand Open and I am pleased that I have been able to win in front of such a wonderful crowd of supporters.

“No matter the level of tournament I want to come here and perform for the fans and play my best while my body still allows me to. I have enjoyed my time here and of course, I would like to come back and defend my title if everything works out.” 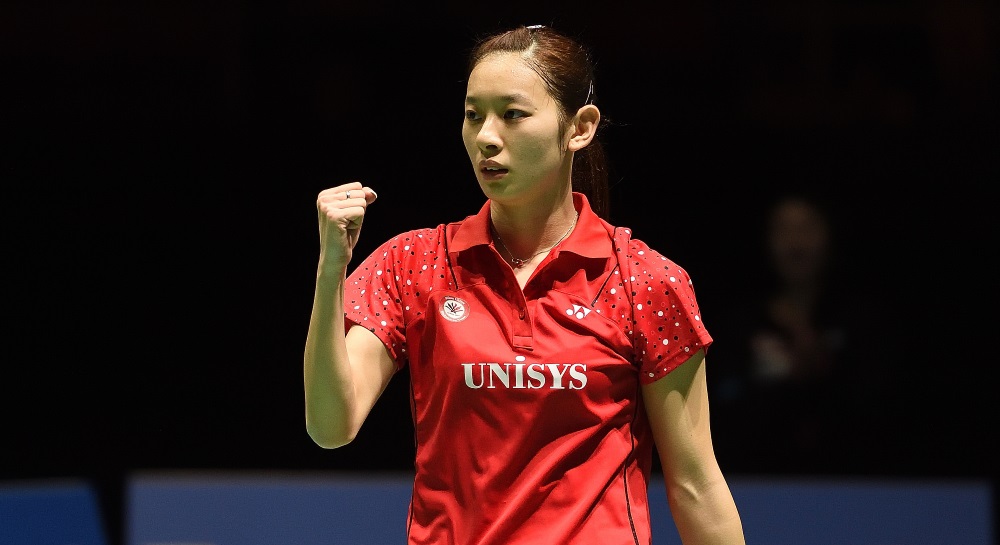 Japan have dominated most women’s events over the last couple of years and it was no different in Auckland. Sayaka Takahashi, winner of the Yonex Swiss Open in February, picked up her second title of the year beating China’s Zhang Yiman 21-13 21-14.

Takahashi’s toughest challenge of the week came in the semi-finals against compatriot Minatsu Mitani, whom she beat 17-21 21-12 21-11.

“Even though I am top seed and the favourite, I never thought about winning this,” said Takahashi. “Ever since I suffered injury before the Rio Olympics and thought perhaps I would not play again, I just focused on every point and enjoying every match. I am just happy that I can continue playing.” Japan’s Women’s Doubles duo Ayako Sakuramoto/Yukiko Takahata, like Takahashi, were winners at the Swiss Open. The Japanese held off the challenge of China’s Cao Tong Wei/Yu Zheng, 21-9 21-19 for their second title of the year from three finals (they were runners-up at the Osaka International Challenge in April, to compatriots Naoko Fukuman/Kurumi Yonao).

“We have never played this pair before but recognised their strength was in their power, we had to make sure we did not make mistakes, keep getting the shuttle back and stay in every point for as long as we could,” said Sakuramoto. 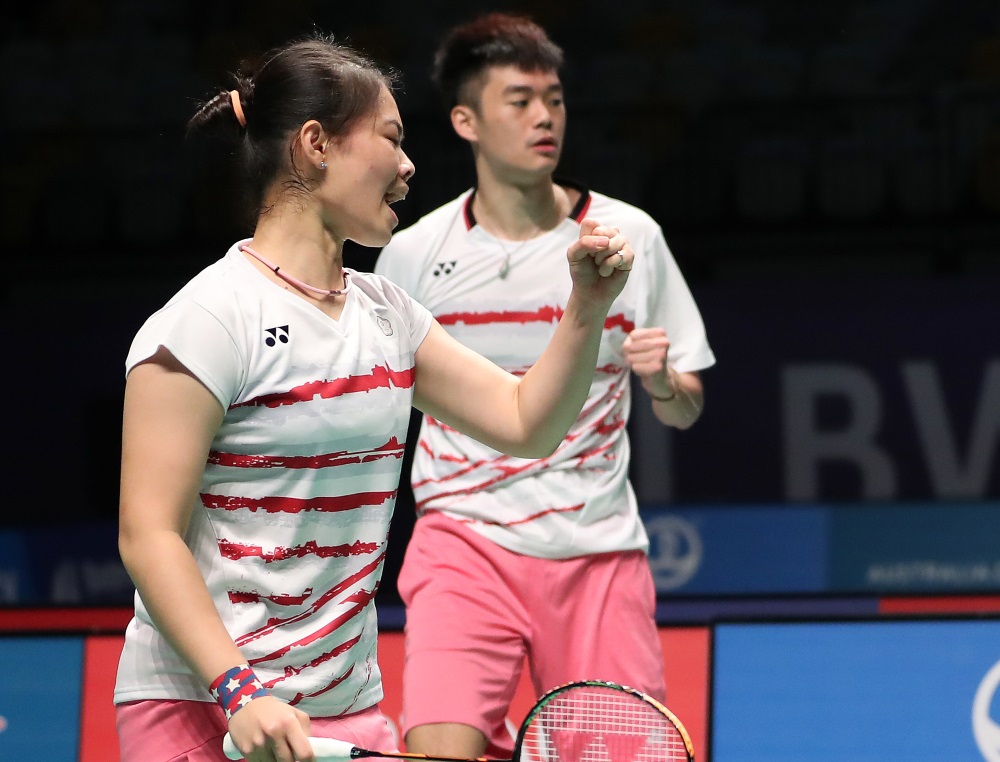 Chinese Taipei’s Wang Chi-Lin (featured image) had successful campaigns in both his categories. In the first match of the day, the Mixed Doubles, Wang and partner Lee Chia Hsin edged ahead of Korea’s Seo Seung Jae/Chae Yujung, 21-19 14-21 21-19.

Wang returned for the final match of the session with Chen Hung Ling and they needed 43 minutes to beat Indonesia’s Berry Angriawan/Hardianto 21-17 21-17.

“Playing the Koreans was quite difficult, we have played them before and lost twice and we have not handled the game of Seo well at all, he has always been tough to counter,” said Wang.