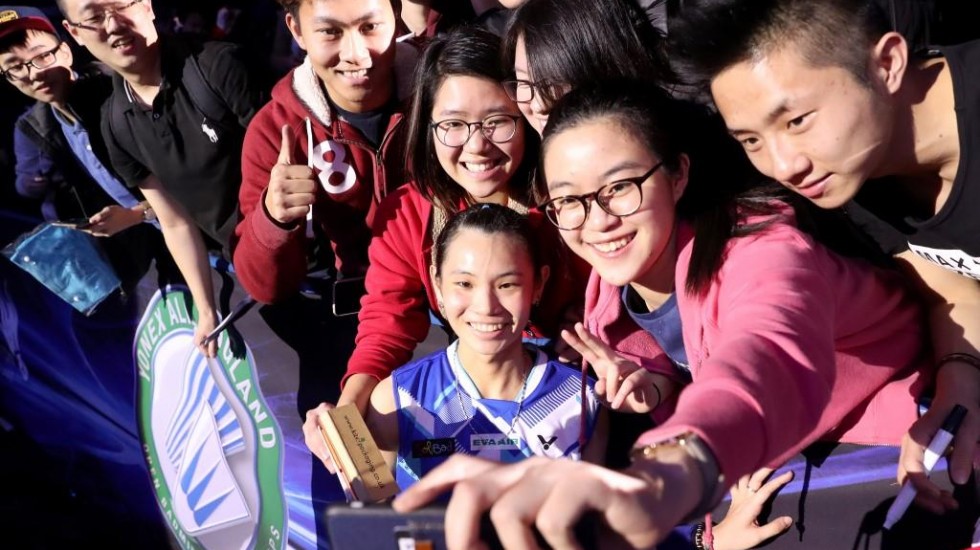 Fans can look forward to a closer engagement with their favourite stars during the new HSBC BWF World Tour.

Under the new BWF Player Commitment Regulations, the top 15 singles players and top 10 doubles pairs on the BWF rankings (as of 23 November 2017) are obligated to play the following events on the Tour:

In addition, players besides those on the list who are ranked in the top 15 in singles and top 10 in doubles on Thursday 26 July 2018 in any of the five categories will be required to play all Super 1000 and Super 750 events occurring in the remaining calendar year and a minimum of three Super 500 tournaments.

These dates have been chosen to allow players advance knowledge of their commitment for 2018 and time in which to enter the first BWF World Tour tournaments of 2018.  The July date has been chosen as the halfway point of the 2018 season (after eight of the 15 events comprising the Super 1000, Super 750 and Super 500 levels ), giving players enough time to enter the relevant tournaments required by these obligations. 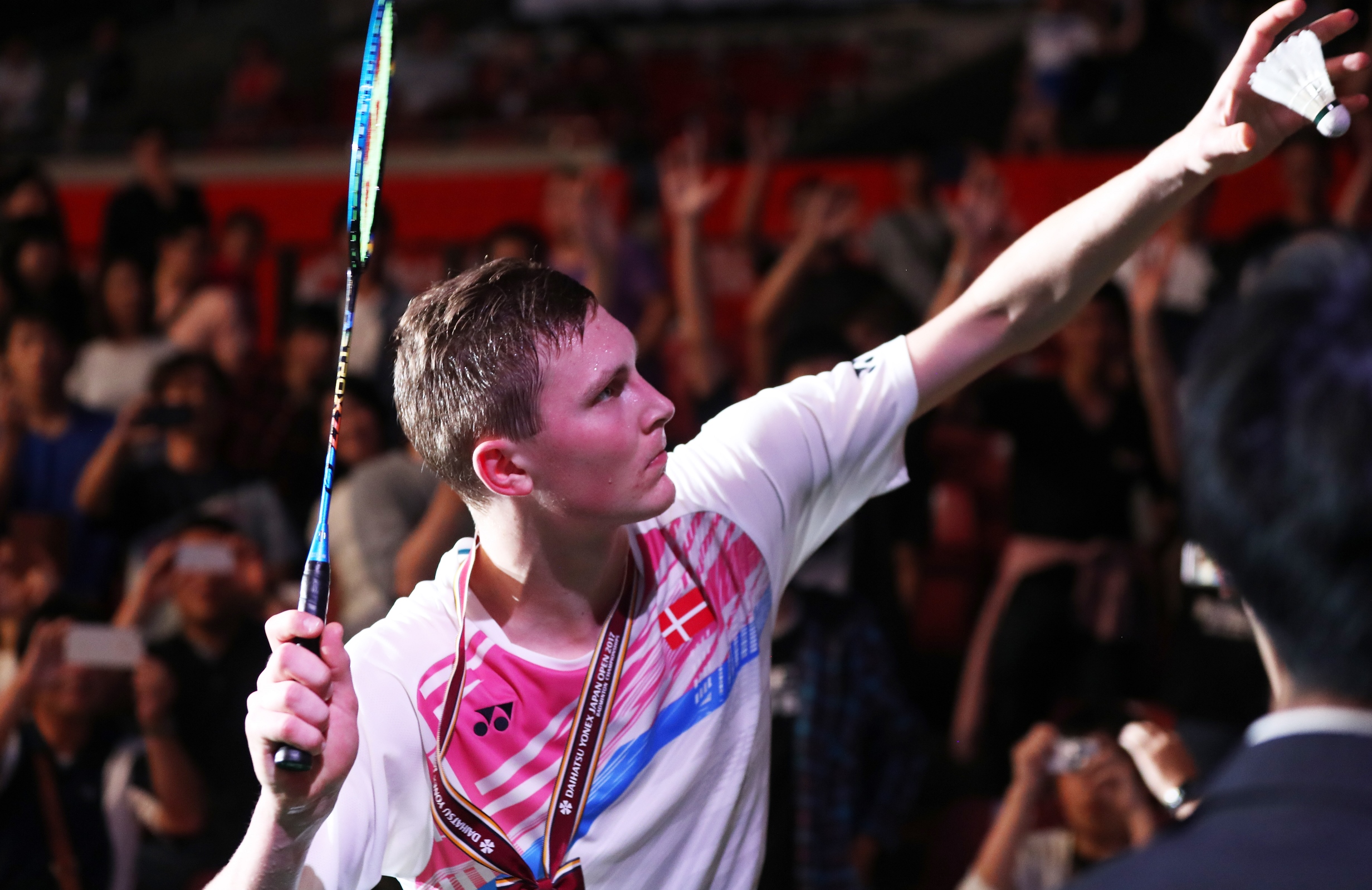 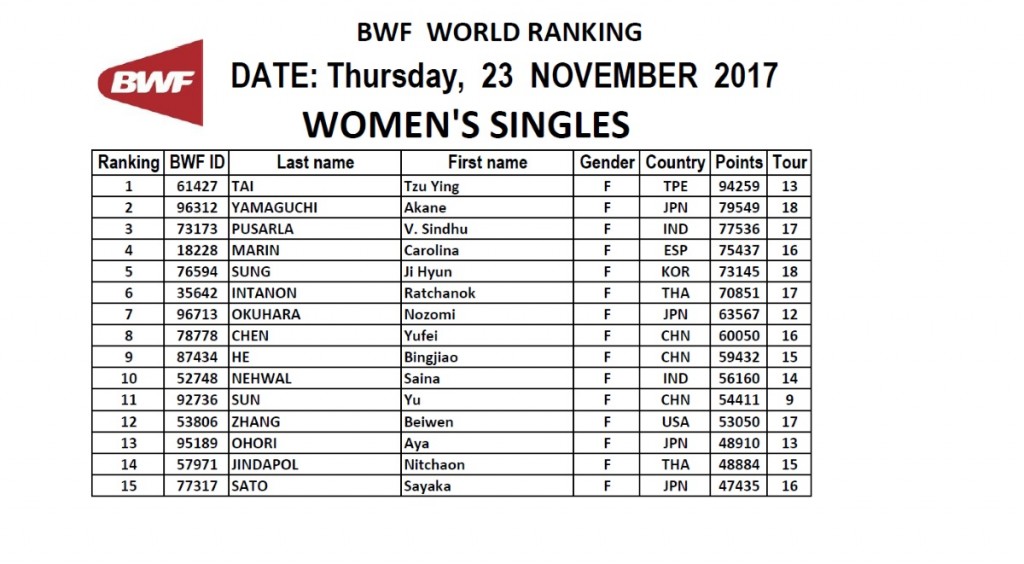 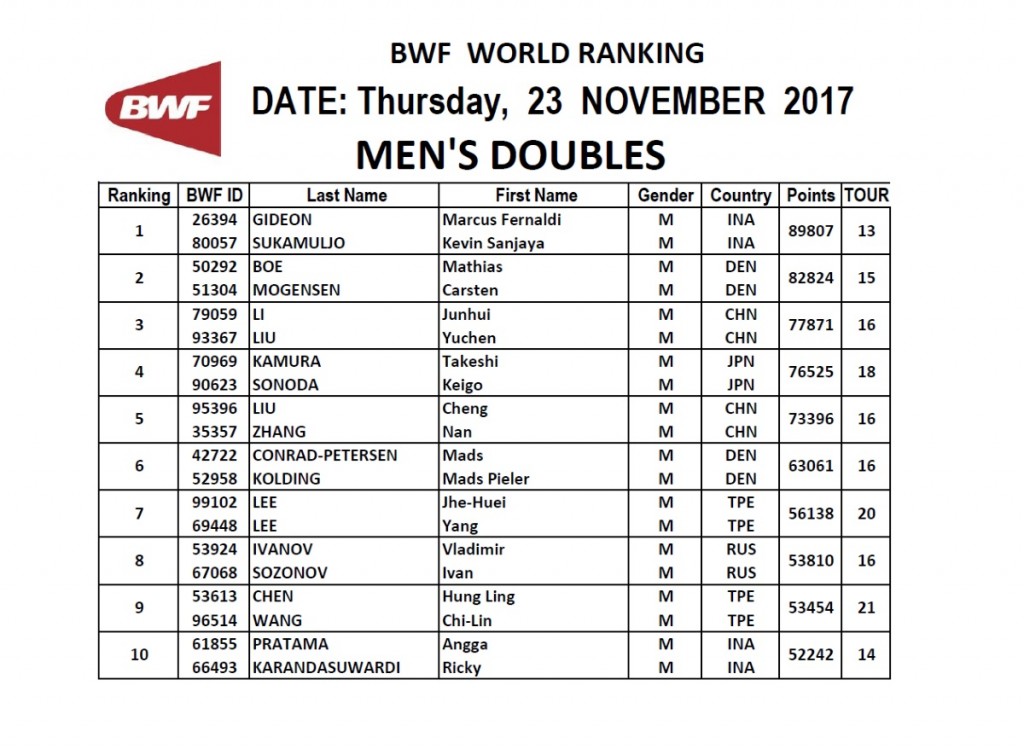 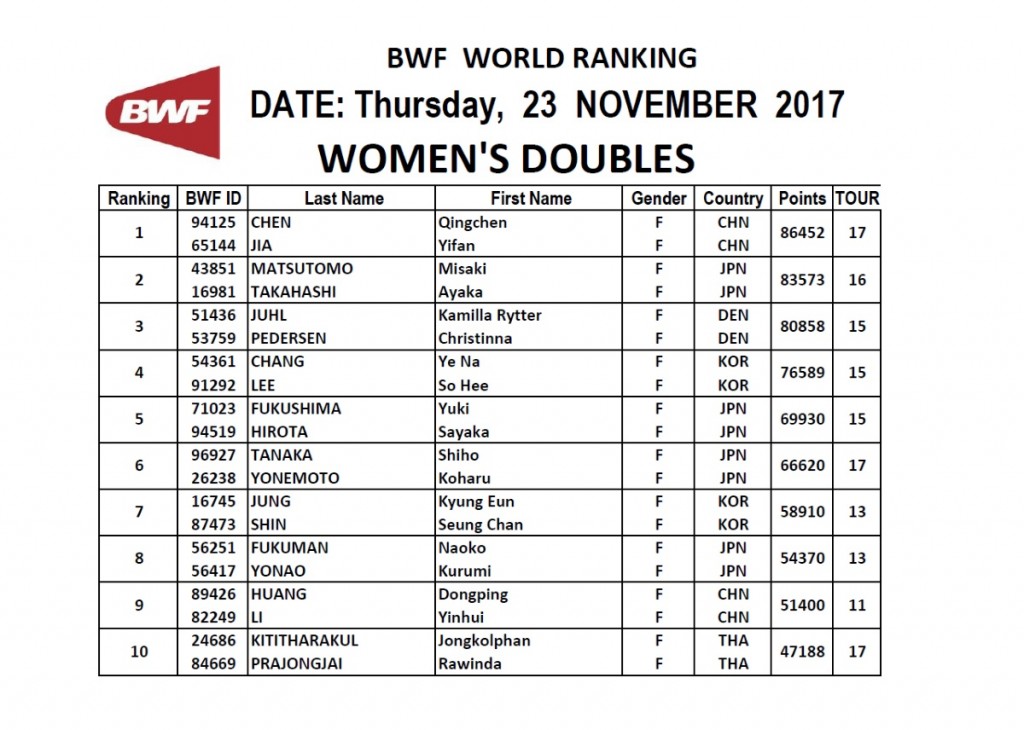 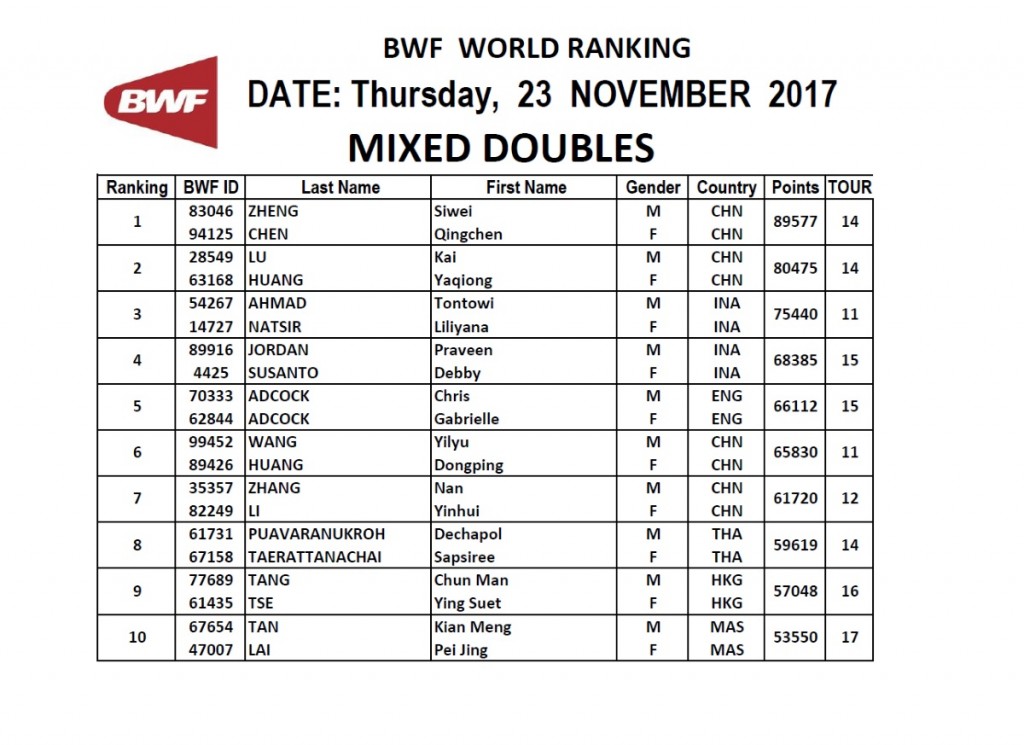